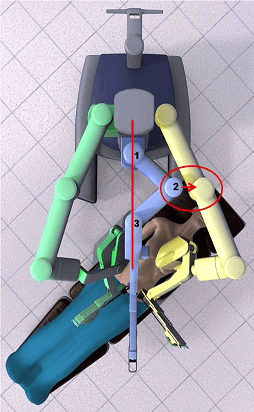 Where can I get Single Incision Robotic Surgery?

Patients who have robotic surgery treatment can now appear from the process with almost no scarring damage and little discomfort, thanks to a new strategy in automatic surgery treatment. World Laparoscopy Hospital lately conducted the hospital’s first da Vinci® Single-Site™ cholecystectomy (gallbladder elimination surgery) in Apr, 2012. Using robotic assistance, our common surgery treatment group eliminated the person's gall bladder through a one-inch cut in the navel, making only a little, nearly unseen scratch. 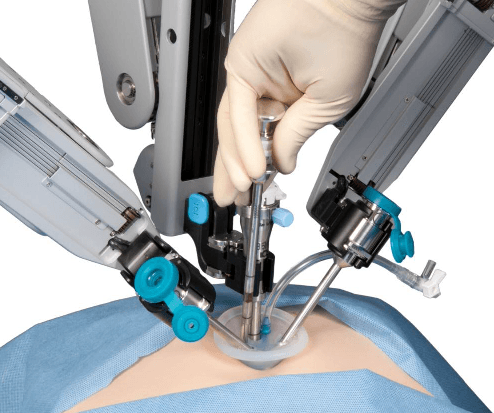 da Vinci is a robotic surgery program commonly used in complicated, non-invasive surgery; however, it was only in Dec 2011 that the FDA accepted the specific Single-Site equipment for use with the da Vinci Surgical System. Neither robotic surgery treatment nor single-incision surgery treatment is new, but mixing the two to eliminate the scar of surgery by doing with single incision needs additional training and special equipment, says Dr. R. K. Mishra, Director, World Laparoscopy Hospital. “To be one of the first medical centers to offer this officially innovative surgery treatment shows World Laparoscopy Hospital’s authority in offering patients with the most up-to-date non-invasive surgery options.”

The cut was made in the person's navel, restricting the discomfort to a very little area. In just three days, she was returning doing the essential work. Just three weeks after the surgery treatment, the affected person said the cut was not recognizable and what little discomfort she had was gone. Single-site robotic equipment used with the da Vinci foundation are the next step in the progress of surgery technology, creating World Laparoscopy Hospital is a innovator in offering the surgery procedures of the next generation.

What is the advantage of Single site da Vinci Robotic Surgery?

The da Vinci surgical system provides master asso- ciation function of which computer program enables a surgeon to swap his left and right hands, EndoWrist in-struments with 7 degrees of freedom and high definition 3D vision. Thanks to these unique functions, intuitive single incision endoscope surgery can be performed with increased safety and speed. Prospective benefits of single-site gall bladder surgery treatment may include:

During the process, choices rests perfectly at a robotic system, watching a three-dimensional, high-definition picture of the person's structure. The physician uses hand-held manages to move the instrument’s hands and photographic camera. In real-time, the system converts the surgeon’s side, hand and handy motions into accurate motions of the reduced in size equipment inside the affected person.

At World Laparoscopy Hospital we could show the effectiveness of robotic single incision endoscopic surgery, which can be expected to expand its application area from simple procedure such as colecystectomy to more complicated procedures such as colectomy, etc. This single site or single incision da vinici robotic surgery technique is expected to contribute to the development of a number of procedures in the future.