What is Laparoscopic Heller Myotomy?

Achalasia is a rare primary motility disorder of the esophagus with a prevalence of less than 0.001%. Until the past 10 years, pneumatic esophageal dilation was most commonly used to treat achalasia because esophageal dilatation was the least invasive therapy and provided long-term relief for a subset of patients. Laparoscopic modified Heller myotomy has become the standard of care for palliation of this incurable but benign oesophageal disease. Laparoscopic Heller's Myotomy is a type of surgical technique cutting the lower esophageal sphincter to allow the passage of liquids and foods from the esophagus to the lower digestive tract. And unlike the conventional method of doing it, the laparoscopic technique is a minimally invasive technique.

How is this procedure done?

Laparoscopic Heller's Myotomy is performed by making 5 tiny cuts on the abdominal region. One of the incisions is used to introduce gas (CO2) for better visualization of the area. A laparoscope will be inserted in the same hole where the gas was introduced. This will provide light to the organs and comes with a camera for surgeons to view the operative field using a monitor. The surgical instruments will be inserted to the other 4 tiny cuts. 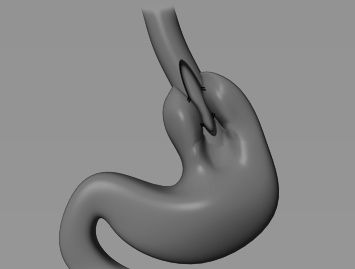 When is this procedure indicated?

A laparoscopic Heller Mytomy is done when the person is suffering from “achalasia”. This is a disorder in the valve that separates the stomach from the esophagus. This part of the esophagus does not relax accordingly which prevents the foods and fluids to pass through normally.

What are the risks that one has to consider when going through this procedure?

Perforation is a common complication of Laparoscopic Heller's Myotomy procedure. For this reason, patients who undergo laparoscopic heller myotomy will usually go through gastrografin swallow as well to make sure that possible leaks will be detected post operatively. Because the patient has greater tendency to develop acid reflux after food can freely pass to the stomach, a partial fundoplication is often done as well.

When can the patient be allowed to take food after the surgery?

How long will the patient be admitted after surgery?

One has to stay at an average of 2-3 days in the hospital for Laparoscopic Heller's Myotomy procedure. The doctor will usually advise the person to rest for 2 weeks and can resume to one’s work after this period. However, if one opts for the conventional open surgery, one may have to resume work after a month of rest. The patient is not allowed to lift heavy objects’ for at least 6 weeks.

How long will this procedure manage one’s “achalasia”?

It is expected that laparoscopic heller myotomy will address symptoms of achalasia for a long time. In fact, many people who submit for this procedure do not need further treatment.

What are the needed follow ups that have to be done after the operation?

Since the function and shape of the esophagus may change over time, one needs to monitor its tissues regularly. Hence, a barium swallow is usually done annually.  Endoscopy also helps check for any changes. This will detect possible development of Barrett’s esophagus, a pre malignant condition that results from a chronic acid reflux.

Is there a possibility that a repeat myotomy will be required?

In rare cases, a repeat myotomy may be ordered and sometimes, even esophagectomy. However, the myotomy will have to be performed through open surgical method on the second operation and Laparoscopic Heller's Myotomy will be difficult in repeat due to adhesion and fibrosis. Sometime if surgery is not possible the injection of botulinum toxin probably with recurrent aspiration pneumonia.