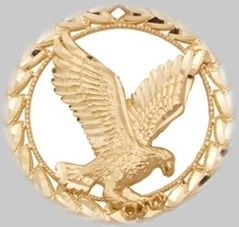 This Spanish translation of original English version of Textbook of Practical Laparoscopic Surgery of Prof. Mishra is usually recommended reading might be reproduced under "fair use" standards. As stated in Section 107 of The Copyright Act of 1976, factors to be considered shall include: the purpose and character from the use, including whether such me is of a commercial nature or is for non-profit educational purposes; the nature of the copyrighted work; the total amount and substantiality of the portion utilized in regards to the copyrighted act as an entire for Spanish Surgeon and Gynecologists. Dr. R.K. Mishra is Chief Laparoscopic and Robotic Surgeon of World Laparoscopy Hospital, Gurgaon. He's also Chairman of Delhi Laparoscopy Hospital, Pvt. Ltd and Director World Laparoscopy Hospital, Gurgaon.
The mission from the Republican Society of Spain is "to celebrate the best of international book, to expand its audience, and also to boost the cultural value of good writing in Spain. Textbook of Laparoscopic Surgical treatment is translated in many languages and today obtainable in 1200 book stores throughout World. Prof. Mishra who mentors surgeons and Gynecologists from around the world has gotten Spanish eagle award from The Republican Society of Spain for his Textbook of Laparoscopic Surgery now published in Language. The Foreword of this book is written by world leader of laparoscopic surgery Prof. Steven D. Wexner (USA), past president of SAGES and by Dr. Ray L. Green President of World Association of Laparoscopic Surgeons, USA. The Publisher of book of first edition was J.P Brothers Pvt ltd, and publisher of second edition of this book is McGraw-Hill. Even advanced laparoscopic surgeons lack basic principles of minimal access surgery. This book is one of the bestseller book available in laparoscopic surgery through America's largest online book seller AMAZON and WHEELERS.

Asked what he felt after receiving the award, Dr. Mishra said he is thankful to Republican Society of Spain that has given him this honour and he said after receiving this award he want to work even harder for working out of laparoscopic surgeons and Gynecologists all over World. On winning the award, Professor Mishra commented, ‘I am delighted to get this Spanish eagle award. I do believe this improved quality of training in minimal access surgical treatment is making a tremendous difference in helping surgeons and gynaecologist who cannot browse the English text. After asking about the secret of his success Prof. Mishra said: “Honesty, integrity, courage, fairness along with a feeling of duty is the secret of his success.” According to Prof. Mishra This project was close to my heart because I really like the benefits of reading. People can't find good books anymore because of all of the noise and also the glut of merchandise and also the perceived irrelevance of medical standards. The prices of books have doubled in the past ten years to pay for the costs and salaries of this superfluous marketing. Good writers are now being destroyed through the narrowness from the opportunities available. The challenge remains to convince primary care surgeons that, even though laparoscopy involves expensive, it should not be funded through unnecessary budgets and it is possible to perform laparoscopy even just in village when the surgeon develops certain basis skill of minimal access surgery.

"Books would be the quietest and many constant of friends; those are the most accessible and wisest of counsellors, and also the most patient of teachers." - Charles W. Eliot. For decades, the planet Laparoscopy Hospital did with the universities of numerous nations to help develop the laparoscopic training institutions where good surgeons and gynaecologists are built. Through surgeon’s education initiatives, World Laparoscopy Hospital trains the next generation of laparoscopic surgeons and gynecologists.
2 COMMENTS
Dr. Kalpana Singh
#1
Your dedication, enthusiasm, and insight are really inspiring. I wish you many years of great achievements.
Kiran shah
#2
We congratulate you on this wonderful moment of success. God bless you.
Top