Use Cryotherapy and Radiofrequency Ablation

Both are used in the laparoscopic ablation of secondary tumor deposits in the liver, usually, when the lesions are inoperable for whatever reason, laparoscopic cryotherapy with implantable probe destroys tumors by rapid freezing to –40°C or lower.

Preliminary studies suggest that cryotherapy may offer the following benefits:

The lesion re-vascularizes for a short period (12-14 hours) on thawing but because the vasculature and the tumor parenchyma are damaged beyond repair, hemorrhagic infarction ensues. With RF thermal ablation, a radiofrequency current is transmitted through the probe implanted in the tumor. The RF current causes molecular and ionic agitation which heats the tissues (much like the microwave) and hence the tumor is heated to destruction. Both modalities are operated with laparoscopic contact ultrasonographic scanning. 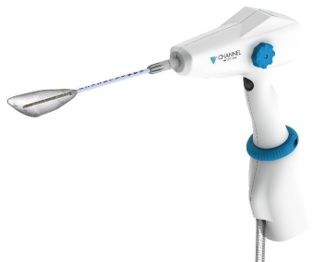 The device is intended to be used in premenopausal women with heavy menstrual bleeding due to benign (non-cancerous) causes who do not want to become pregnant in the future.  The use of cryotherapy destroys the endometrial lining of the uterus to reduce menstrual bleeding. In the pivotal clinical study, seventy-six percent (76%) of women observed a reduction in menstrual blood loss from an excessive level to normal or less than normal levels.

Some individuals may experience redness or skin irritation, an allergic reaction to the cold, frostbite, or skin burns. If the individual stays in the cryotherapy chamber longer than recommended, or the facility does not take the proper precautions, health risks increase.