Hydrodissection uses the force of pulsatile irrigation with crystalloid solutions to separate tissue planes. The operating field at the same time is kept clear. Like water jet dissection no hemostasis is achievable. The use of this dissecting modality is restricted to pelvic lymphadenectomy and pleurectomy in thoracoscopic surgery. 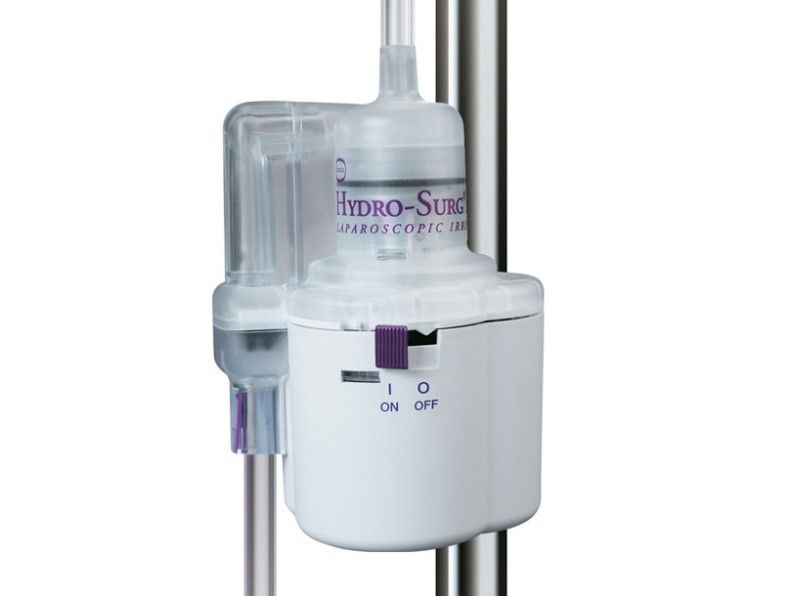 Today, the hydro dissection technique is frequently used with success in cataract, urologic, and plastic surgery. Hydrodissection is also used in laparoscopic surgery as an adjunct to electrocauterization to facilitate the dissection of fascial planes. The mechanical benefits of hydro dissection infiltrate the serosal layers with saline, it both creates and reveals the correct plane between adherent tissues and subsequently makes separation easier.


Hydrodissection is a safe technique that can be applied as an adjunct to electrocauterization, which facilitates dissection in the correct plane during many laparoscopic surgeries like, cholecystectomy, hernia, colectomy, endometriosis surgery. Although hydro dissection does not have additional benefits in terms of dissection time, postoperative outcome, or overall survival, it can be useful for inexperienced surgeons, especially for those in the learning phase.

The laser devices release photons which induce molecular vibration and create heat when they interact with the tissue and create heat. LASER is an acronym for “ light amplification by stimulated radiation. Each lasing substance has a unique atomic and molecular structure and so the waveform and frequency. Laser light is monochromatic and cannot be separated into colors when passed through a prism. The amount of power delivered by the laser is measured in Watts. The basic components in a laser unit are a pumping system, lasing medium, optical cavity, and operating system. The operating system controls the delivery of laser into tissue when activated by the surgeon. The surgeon controls the power control knob. There are many modes of power delivery like Continuous mode, pulse mode, super pulse mode, and ultra pulse mode. 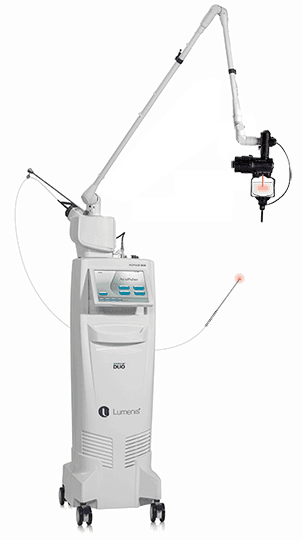 The primary difference from other sources of energy is that generally tissue is not directly touched by the surgical instrument. Thus, the depth of incision is not controlled by pressure exerted on the tissue but by the power density delivered by the surgeon. The unique property of the laser is determined by its wavelength and tissue absorption. By changing the power setting, desired tissue effects such as ablation, fulguration, coagulation, or vaporization can be achieved. These days laser is not used frequently in general laparoscopic surgery as they offer no advantages over more user-friendly and safer forms of energized dissection and coagulation systems.

The previous generation of lasers (with gas vapor chambers) was large, very expensive, and required special power supply (3-phase electricity) and maintenance. In addition, they lacked portability. The current generation of solid-state diode-array lasers has overcome all these disadvantages and may well be used for certain applications of laparoscopic general surgery in the future. Currently, laser ablation is used largely in gynecological laparoscopic surgery, e.g. ablation of endometriosis and much less commonly for the photoablation of secondary tumors of the liver. The most effective use of a CO2 laser beam is a laser knife that gives high precision for dissection over sensitive areas like bladder, ureter, and major blood vessels.

The degree and extent of thermal damage produced by laser depend on the structure, water content, pigmentation, optical and thermal properties, and perfusion of the tissue. The properties of a particular laser beam are also other determinants of heat damage. Therefore, each of the various types of laser available has a specific clinical application.

In gynecology, the argon laser coagulator is the ideal method of treating small red endometriotic deposits. Tissue absorption of light is low and hemoglobin absorption high at its operating wavelengths of 488 nm and 514 nm, i.e. selective absorption.
The carbon dioxide laser is best suited for extremely superficial ablation. It is relatively inexpensive (compared to other lasers) and has the ability to vaporize a very thin surface of the tissue. On the other hand, photocoagulation of vascular lesions is ineffective using a CO2 laser. This type of laser also has the potential for injuring structures in the abdomen distant from the site under the laparoscopic view.

The contact Nd: YAG laser virtually eliminates the free beam effect and is, therefore, suitable for the laparoscopic application. The thermal injury from contact laser is superficial. No additional protection is needed for the endo camera since they are already fitted with infrared filters. However, Nd: YAG laser dissection was found to be significantly slower and produced more blood loss than monopolar electrosurgery in laparoscopic cholecystectomy.

All lasers including KPT and the more recently developed solid-state have several major drawbacks in common. They are expensive, inefficient, produce toxic smoke, non-tunable, require specialized theater, and achieve variable penetration. Safety issues such as heat cumulative effect, burns due to accidental exposure and retinal damage also contribute towards preventing widespread use of laser.

It is now obvious that from the range of available dissecting modalities in laparoscopic surgery none has proven to be ideal. The utility of a particular modality is dictated by how close it meets the requirements to achieve safe, effective, and hemostatic tissue division under the specific circumstances. The surgeon must be able to use the appropriate combination of modalities in order to exploit the benefit each has to offer during dissection.

When properly used, laser, microelectrode, ultrasonic dissector, Tissue response generator, and mechanical instruments are equally effective in any surgery. The choice of instrument should be on the instrument with the surgeon is more comfortable and he has the skill and experience for that particular instrument.