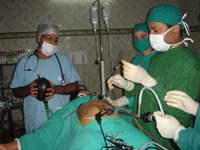 We have developed a new technique of performing two port cholecystectomy with the help of modified extra corporeal Meltzer's knot. With this technique we can give traction over the gallbladder in any direction for proper exposure. This new innovative two-port method of gallbladder removal can be used only for simple uncomplicated cholelithiasis cases by experienced surgeon, but it has definite advantage over conventional four port cholecystectomy. 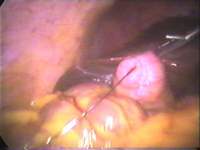 Needle is introduced through epigastric port and passed through the fundus of G.B. 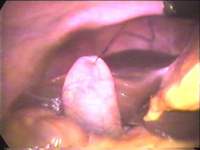 Thread Pulled out through intercostal space by suture passer 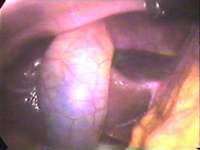 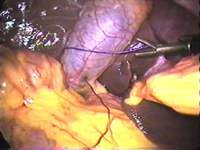 Another extra corporeal knot is applied over harts man pouch 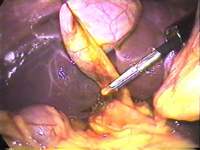 Suture is pulled out by the help of suture passer 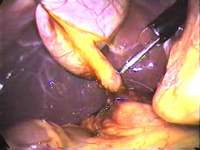 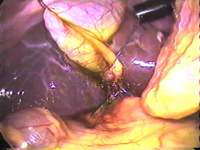 Extracorporeal Meltzer's knot is applied over cystic artery and duct 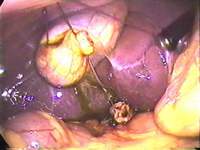 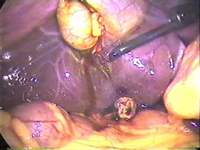 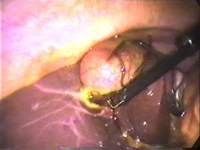 Periodic adjustment of traction of these is required to expose the G.B. bed 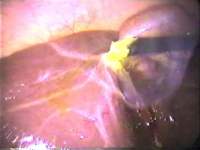 Last attachment of G.B. with liver is cut carefully 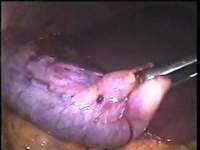 G.B. is out and taken through epigastric port.