Sympathectomy is really a surgical treatment that damages nerves within the sympathetic central nervous system. The process is carried out to improve blood circulation and reduce long-term pain in a few diseases that create narrowed arteries. It is also accustomed to reduce sweating. This surgical treatment cuts or damages the sympathetic ganglia that are collections of nerve cell bodies in clusters across the thoracic or lumbar spinal-cord. 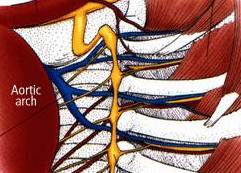 Sympathectomy is conducted to alleviate intermittent constricting of arteries once the fingers, toes, ears, or nose experience cold. In Raynaud's phenomenon, the impacted extremities turn white, then blue and red since the circulation stops. The color changes are associated with numbness, tingling, burning, and pain. Ordinary color and feeling are recovered when heat is applied. The problem occasionally takes place without direct cause but is much more often brought on by a fundamental medical problem, for example rheumatoid arthritis symptoms. Sympathectomy is generally less efficient when Raynaud's syndrome is brought on by a fundamental medical problem. Narrowed arteries within the legs that create painful cramping will also be given sympathectomy.

Sympathectomy might be useful when you are treating reflex sympathetic dystrophy (RSD), a disorder that sometimes evolves after injury. In RSD, the impacted limb is painful and swollen. The color, temperature and texture of patient’s skin change. These symptoms are based on continuous and excessive sympathetic central nervous system activity.

Sympathectomy can also be effective for sweating from the palms, armpits, or face.

A sympathectomy is generally carried out with a general doctor, neurosurgeon, or doctor with specialty learning neck and head surgery. Sympathectomy was typically performed with an inpatient under general anesthesia. An incision is made about the mid-back, exposing the ganglia to become cut. Recent methods are less invasive. Consequently, the process might be performed under local anesthesia within an outpatient surgical facility.

Sympathectomy for hyperhidrosis is attained by looking into making a little incision underneath the armpit and introducing air to the chest cavity. The doctor inserts a fiber-optic tube that projects a picture from the operation on the video screen. The ganglia are cut with fine scissors connected to the endoscope. Lasers could also be used to destroy the ganglia. If perhaps one arm or leg is impacted, it might be given a percutaneous radiofrequency method. Within this technique, the doctor locates the ganglia with a mixture of x-ray and electrical stimulation. The ganglia are damaged by making use of radio waves through electrodes about the skin.

A reversible block from the impacted nerve cell ascertains if sympathectomy is required. This process interrupts nerve impulses by inserting the ganglion having a steroid and anesthetic. When the block includes a positive impact on pain and blood circulation within the affected region, the sympathectomy will likely be helpful. The surgical treatment ought to be performed only when conservative treatment is not effective. Conservative treatment contains avoiding contact with stress and cold, and also the utilization of physiotherapy and medicines.

Sympathectomy is probably to work in relieving reflex sympathetic dystrophy if it's performed right after the injury occurs. The elevated advantage of early surgery should be balanced from the time required to promote or encourage spontaneous recovery and reactions to more conservative treatments. Patients should discuss anticipated results and possible risks with their surgeons. They ought to inform their doctors of medicines they're taking, and supply an entire health background. Candidates for surgery must have good overall health. To enhance overall health, a surgical candidate might be asked to lose weight naturally, stop smoking or alcohol, and obtain a lot of sleep and proper exercise. Immediately prior to the surgery, patients won't be permitted to consume or drink and also the surgical site is going to be cleaned and scrubbed.

Unwanted effects of sympathectomy can sometimes include reduced blood pressure level while standing, which might cause fainting. After sympathectomy in males, semen may also be ejaculated to the bladder, possibly impairing fertility. Following a sympathectomy is conducted by inserting an endoscope within the chest cavity; some persons may feel heart problems with breathing. This issue generally disappears within fourteen days. They might also experience pneumothorax.

In 30% of cases, surgery for hyperhidrosis could cause increased sweating about the chest. In 2% of cases, the surgery could cause increased sweating in the areas, including enhanced facial sweating while eating. Less frequent difficulties include Horner's syndrome, an ailment from the central nervous system that triggers the pupil from the eye to shut, the eyelid to droop, and sweating to diminish somewhere from the face. Other unusual problems are nasal obstruction and pain towards the nerves supplying patient’s skin between patient’s ribs. Mortality is very rare, in most cases due to low blood pressure level.

Research has shown that sympathectomy reduces hyperhidrosis in additional than 90% of cases and causalgia in as much as 75% of cases. The less invasive methods cause hardly any scarring. Most persons remain in a healthcare facility for under eventually and go back to work within a week.

The doctor informs the individual about particular aftercare required for the strategy used. Doppler ultrasonography, an evaluation using sound waves to measure blood circulation, will help see whether sympathectomy has already established an optimistic result. The operative site should be clean before incision closes.

Nonsurgical treatments consist of physiotherapy, medicines, and avoidance of stress and cold. These measures reduce and sometimes take away the probability of triggering an issue mediated through the sympathetic central nervous system.