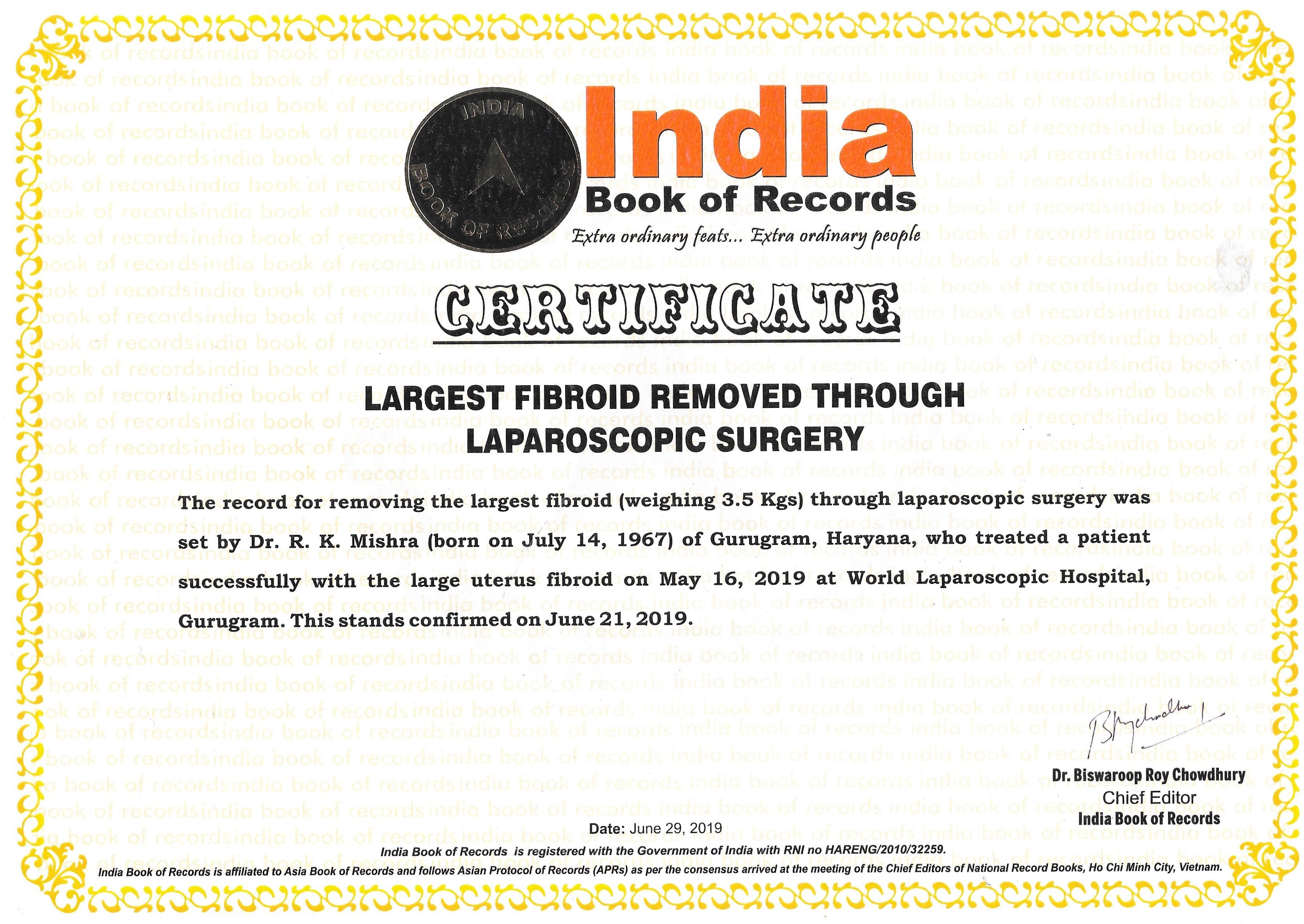 India Book of Records is a platform where the courage to be and perform differently meets recognition and fame. The book is a collection of Indian records of more than 13 years, with its 14th edition in circulation. Its13th edition, India Book of Records -2018, has become a benchmark by being a bestseller and is consistently reviewed across various online bookstores including Amazon and Flipkart. It is often referred to as the last word in the field of Indian records by world media, including BBC and the New York Times. India Book of Records also has to its credit of being the first to start the Book of Records in Hindi, thereby igniting a desire among the masses to bring out their best. This can be clearly understood by the India Book of Records (IBR) tagline:
2 COMMENTS
Dr. Mukesh Bindal
#1
This is a great opportunity. Congratulation sir.
Dr. K. Vinsle
#2
Many congratulations to you for removing such a large fibroid. Sir only a trained doctor can do such a big surgery. I saw this video on youtube. You have done this surgery with very good technique
Top