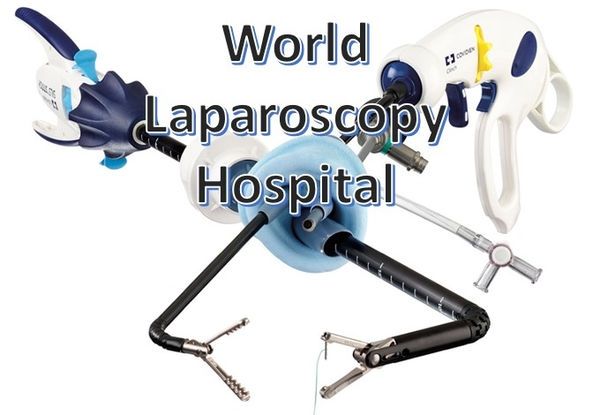 This review article aims to evaluate which Surgical procedure was associated with less operative time and hospital stay and least postoperative pain. The following parameters were taken into consideration for evaluation.

In a SILC, two working ports and one optical port were introduced through a single  Incision.The Incision can be either infra-umbilical, at the inferior crease of the umbilicus,trans-umbilical,or shaped incisions.One extracorporeal  stay suture is used to  achieve the standard  anterolateral  retraction of the gallbladder fundus. Lateral retraction  of the infundibulum  is accomplished  with a roticulating instrument, allowing optimal  exposure of the gallbladder hilum.

A 2-cmIncision is needed to access the abdominal cavity. SILS™ port is introduced and Carbon dioxide is insufflated into  the abdomen to  a pressure  of 15 mm  Hg. 10 mm optical port is introduced into the central cannula and diagnostic laparoscopy is done.Roticulating instruments are introduced into two 5mm cannula. Fundus of the gall bladder is retracted using Stryker mini-alligator introduced separately. The procedure is carried out in the same way as Conventional Laparoscopic Cholecystectomy (CLC).

This review article is based on the four original articles BL Culp et al, MA Karim et al, Linden et al and Bucher et al. BL Culp et al2 study group included 62 patients in SILC group and 63 patients in CLC group. The average length of stay in SILC group was 0.34 days and in CLC group was 0.98 days. Operative time in SILC was significantly higher than in CLC(65 min vs 51 min). The cost was also significantly higher in SILC (average $3700) than CLC($3450). No operative Complications were noted in either groups.

MA Karim et al3 studied a total of 183 patients among which 76 patients were excluded from the study. Of the remaining,the numbers in the SILC group included 45 patients and those in CLC groupincluded 62 patients. The median operative time for SILC group was 75 min which was significantly more compared to CLC group which was 58 min. No major intraoperative Complications were encountered in either group. There was no significant difference in postop pain score and length of hospital stay. During follow up  one patient in SILC group had superficial wound infection which was managed conservatively with oral antibiotics.

Deveci et al4 comprised total of 100 patients with 50 in each of SILC and CLC. Average operating time in SILC was significantly longer(73 min) compared to CLC (48 min). Pain was higher in SILC than in CLC. Length of hospital stay was similar in both the groups. One patient in CLC had biliary leakage for 2 days postoperative because of difficult dissection of gall bladder bed which responded to conservative management. Two patients in each group were readmitted for wound infection.

100 patients belonged to SILC group in the study done by Linden et al5 and the other 100 belonged to CLC group. Contrary to other studies, the operating time in SILC group was significantly shorter(46 min) compared to CLC group(62 min). Peroperative complications were found in 3 patients in SILC( One peroperative bleeding, two Pneumothoraces) and 5 patients in CLC(peroperative bleeding). There was no significant difference in length of hospital stay in either group.

Bucher et al6 studied a cohort of 150 patients who were randomized to undergo either SILS or CLC. Seventy five patients underwent SILC and the other 75 underwent CLC. Operating time was similar in both the groups. Operating costs were higher in SILS groups. Intra- and post-operative complications were similar in both the groups. Patients experienced less pain in SILC group.

All these studies demonstrate that SILC is welcomed with better cosmesis and decreased length of stay in the hospital. Pain is also reported less by patients who underwent SILS compared with CLC. Operative time is significantly higher in SILC and is revealed by all the above studies except Linden et al which surprisingly had lesser operative time for SILC. But as the learning curve of the operating surgeons increases this will improve in coming days. Post operative and intraoperative complications were similar in both the groups.

SILC is a good innovation which has a lot of scope in coming days once the learning curve of the operating surgeons improves.