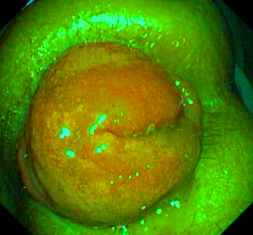 The word rectum refers back to the lowest 12-15 centimeters from the large intestine. The rectum is situated just over the anal canal. Normally, the rectum is safely connected to the pelvis by using ligaments and muscles. This addition firmly supports the rectum in position. Various factors, for example age, long-term constipation, and also the stress of childbirth, could cause these structures and muscles to weaken, meaning the rectum's connection towards the body also weakens. This will cause the rectum to prolapse, meaning it slips or sheds of place. Sometimes, large hemorrhoids which are large, swollen veins within the rectum may predispose the rectum to prolapse.

Rectal prolapse is comparable to, although not just like, rectocele, which is a common symptom in women. A rectocele is really a prolapsed rectum that may result once the backside wall from the vagina prolapses. In early stages of rectal prolapse, the rectum gets to be poorly attached but stays inside the body more often than not. This stage of rectal prolapse is known as mucosal prolapse, or partial prolapse, and therefore just the inner lining from the rectum protrudes in the anus. This happens once the connective tissues inside the rectal mucosa loosen and stretch, permitting the tissue to protrude with the anus. When long-term hemorrhoidal disease may be the cause, the problem generally doesn't progress to accomplish prolapse. Identifying when the issue is hemorrhoids or rectal prolapse is essential. Hemorrhoids arise commonly, however they rarely result in rectal prolapse.

Since the rectum gets to be more prolapsed, the ligaments and muscles may weaken to the stage that the large part of the rectum protrudes in the body with the anus. This stage is known as total prolapse, or full-thickness rectal prolapse, and it is probably the most commonly identified stage from the condition. At first, the rectum may protrude and retract with respect to the person's movements and activities. However, when the disease goes without treatment, the rectum may protrude more often as well as permanently.

Early within the growth and development of a prolapsed rectum, the protrusion may take place during going number 2 and retract afterwards. The protrusion can become more frequent and appearance once the person sneezes or coughs. Ultimately, the protruding rectum should be manually replaced or may constantly protrude. People with internal intussusception, where the rectum is displaced but doesn't protrude in the body, often experience difficulty with going number 2 along with a sense of incomplete while excreting waste material from the body.

When you should Seek Health care

Just about all cases of rectal prolapse need health care. Sometimes, successful treating the actual reason for a prolapsed rectum resolves the issue. However, these scenarios generally involve infants or children. In many people, surgery is essential to deal with a prolapsed rectum.

Many cases of rectal prolapse come from constipation or straining, but fixing these might not be enough to fix the prolapse. Most prolapsed rectums aggravate without surgery.

To verify the existence of a prolapsed rectum, a doctor may ask the individual to sit down about the toilet and strain. When the rectum doesn't protrude, a doctor may provide a phosphate enema to verify diagnosing. The primary condition to tell apart rectal prolapse from is protruding or prolapsing hemorrhoids. A defecogram is really a test that examines bowel control which might help separate a mucosal prolapse along with an entire prolapse.

Treatment is usually accustomed to ease the signs of a prolapsed rectum temporarily in order to prepare the individual for surgery. Bulking agents for example bran or psyllium, stool softeners, and suppositories or enemas bring these purposes.

Self-Care in patient’s own home

For youngsters, lowering the need to strain during going number 2 with stool softeners may accurate a prolapsed rectum. Strapping the youngster’s buttocks together between movements of the vowel could cause the rectum to heal by itself. A physician ought to always be consulted before making an effort to treat this problem in patient’s own home.

Stool softeners, for example sodium docusate or calcium docusate, enable you to decrease pain and straining during going number 2. Bulk agents, for example psyllium or methylcellulose could also be used.

The aim of all the surgical methods involved with correcting a prolapsed rectum would be to attach or secure the rectum to a backside the main inner pelvis. Surgery is conducted through either the abdomen or even the perineum.

For individuals too weak for surgery, a physician can prevent a prolapse by placing a wire or plastic loop to keep the sphincter closed.

Surgery with the abdomen

After surgery, 1-2 visits are usually scheduled inside the first month to check on how the incisions are healing well and also to ensure that the individuals going number 2 are normal.

With timely and suitable treatment, many people who go through surgery encounter few or no symptoms associated with rectal prolapse after surgery. However, numerous factors, which include age, harshness of the prolapse, kind of surgical approach, and overall health, bring about the standard and speed of the person's recovery.

A high-fiber diet along with a daily intake of lots of fluids can help to eliminate an individual's risk of developing constipation.  Straining during going number 2 ought to be avoided. If a patient with long-term diarrhea, constipation, or hemorrhoids should seek medical assistance to deal with these conditions to be able to lessen the risk of creating a prolapsed rectum.