Design: The standardized task was to pick up 5 polo mint pieces and stack them over a tooth pick within an endotrainer box. Manipulation angles of 30 degrees, 60 degrees, 90 degrees and 120 degrees with a fixed elevation angle of 60 degrees were investigated with an endotrainer in the surgical skills lab.  The table height was fixed and the azimuth angles were equal. This exercise was executed in a random sequence by 10 surgeons. The end-point was the execution time.

Conclusion: The shortest execution time for the bimanual task was obtained with a manipulation angle of 60 degrees.

The aim of the study was to investigate the effect of manipulation angle on endoscopic task performance.

The endotrainer was placed on a table of fixed height. A 30 degree telescope was introduced into the endotrainer box and kept at a distance of 10 cm from the target. The camera position was fixed to eliminate the variability of the camera operator. Four pairs of port sites were designed in such a way that, when   Maryland dissectors were introduced through the ports into the trainer box, it formed a manipulation angle of 45 degrees, 60 degrees, 90 degrees and 120 degrees. The elevation angle was fixed at 60 degrees and the azimuth angles were equal. The monitor was located in front of the surgeon at eye level, with a distance of 1.2 m from the surgeon to provide the best direction for viewing the monitor. Experiments were conducted in the same environment and under the same illumination conditions. 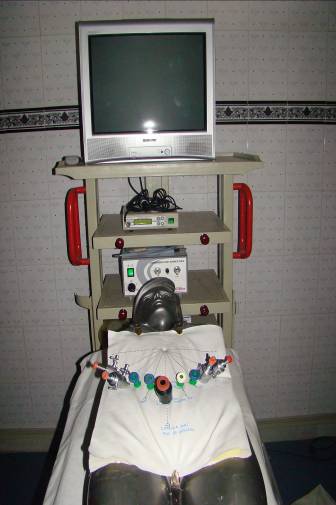 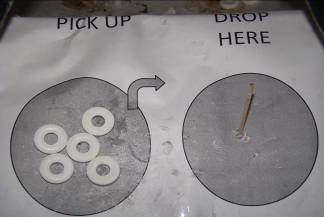 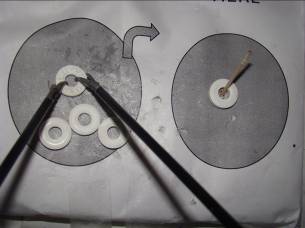 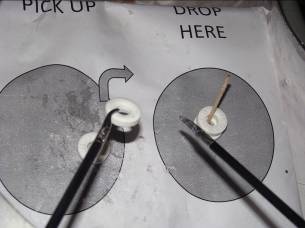 Picture 4: Step 2 of Task – Picking up polo mint with the left Maryland dissector 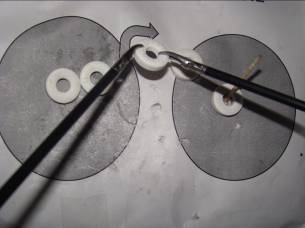 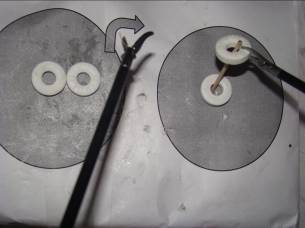 Picture 6: Step 4 of Task – Placing the polo mint over a tooth pick with the right Maryland dissector 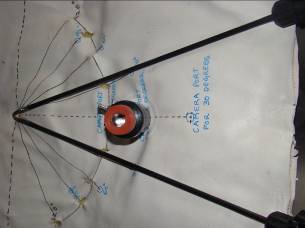 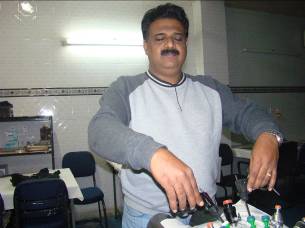 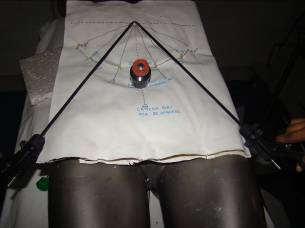 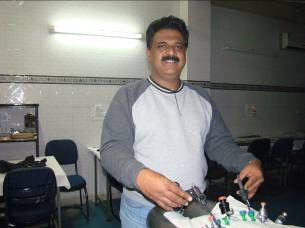 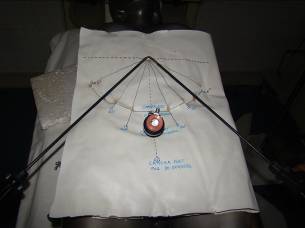 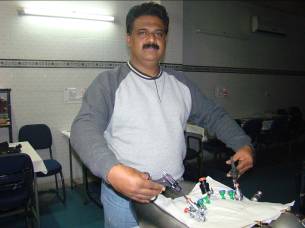 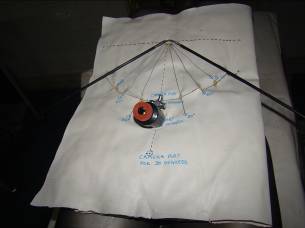 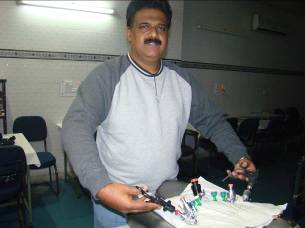 Surgeons and Performance Ten surgeons of variable previous experience in laparoscopic surgery participated in the study. Each surgeon performed the task 4 times using a manipulation angle of 45, 60, 90 and 120 degrees at random sequence.

There is no uniform consensus about port placements for advanced laparoscopic procedures. The placement of ports is currently dictated by the surgeons preference based on individual experience. The present study, designed to address this issue, indicate that the best task efficiency and performance quality are obtained with an ideal manipulation angle of 60 degrees. This can be achieved by correct placement of the ports. The base ball diamond concept is the most accepted guideline for the placement of the primary and secondary ports [8]. Manipulation angle ranging from degrees 45 to 75 degrees with equal azimuth angles is recommended. Manipulation angles below 45° or above 75° are accompanied by increased difficulty and degraded performance.

The secondary or operating ports for the active and assisting instruments should be placed after the insertion of the telescope, so that the surgeon can achieve a manipulation angle as close to 60° as is possible [4].

The performance level of different surgeons is variable which reflects different levels of skills. Some surgeons are more skilled than others. The majority improves with practice but reach different levels of performance [5]. Tendick et al reported the manipulation problems in laparoscopic surgery emphasizing the negative effect on the surgeon’s dexterity of the narrow degree of freedom with use of laparoscopic instruments [6]. Patkin and Isabel reviewed human interface problems in laparoscopic surgery and identified the need for an ergonomic approach to the design of the laparoscopic operating environment [7].