Laparoscopy or keyhole surgery is a type of operation in which doctors use a viewing telescope (laparoscope) to look at the organs inside the abdomen and the pelvis. The image of the organ is magnified many times larger than real life with the help of powerful light source, camera and video monitors. Improved field of vision helps doctors find out the causes for abdominal or pelvic pain, infertility, or the nature of abnormal growths. This is called diagnostic laparoscopy.

Over the past decade, major advances in laparoscopic surgery have made it possible for many conditions to be treated via laparoscopy.

In pelvic surgery, some of these conditions include:

Minimal scarring, less pain, and shorter hospital stay are the main reasons behind the global appeal of this procedure. There has been an enormous improvement in the technique and also in the instruments. The technique has evolved from the stages of simple laparoscopic surgery to advanced levels where more complex procedures are being successfully attempted. 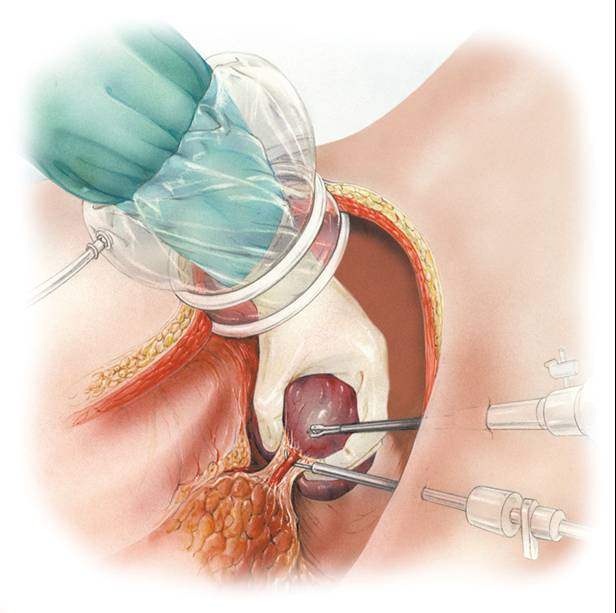 Development of new instruments and innovation in technique is required for widespread use of advanced laparoscopy for the treatment of abdominal disorders. New technologies may overcome many of the limitations of standard laparoscopic techniques.

The new technologies that are particularly promising are:

New laparoscopic hand-access devices that allows the surgeon to place a hand into the abdomen during laparoscopic surgery and perform many of the different functions with the hand that were previously possible only during open surgery. This new device has been utilised to develop a variety of laparoscopic pancreatic, liver and biliary operations such as the Whipple operation, liver resection & distal pancreatectomy that were not possible previously by standard laparoscopic techniques.

Other advantages include cosmesis and pain relief. The standard incision size is around 5 mm to 10 mm for regular ports, and using these tools is 2.8 mm. Consequently, the patients will have lower pain scores after surgery and less narcotic use for the pain after the operation.