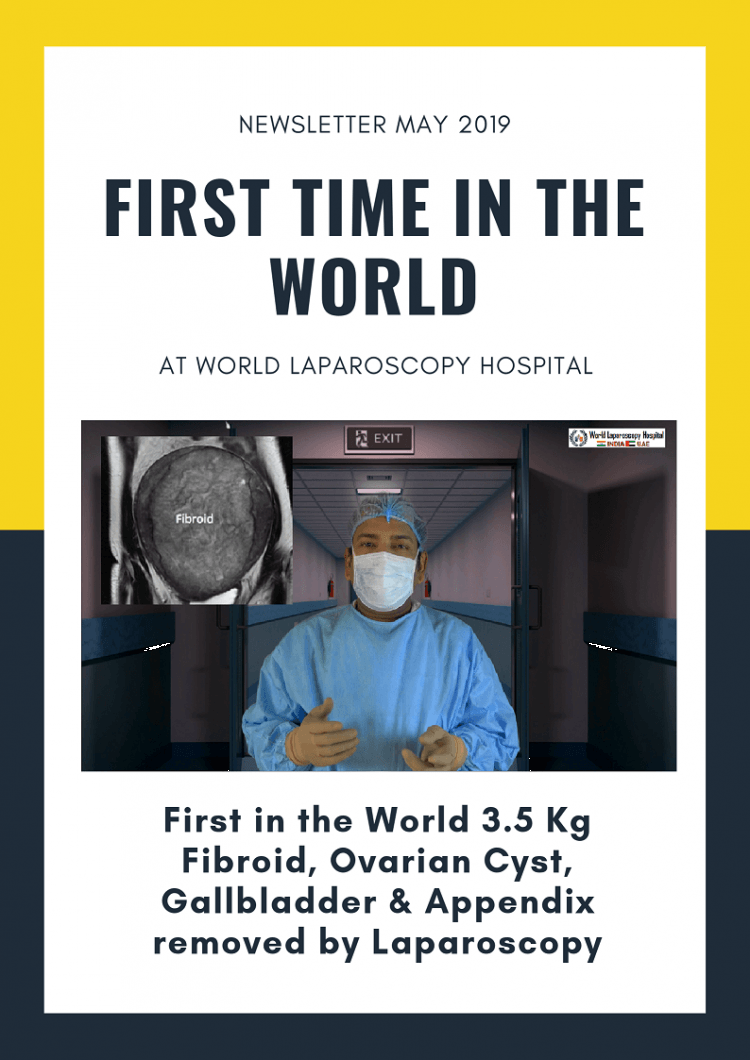 GURUGRAM, HARYANA, INDIA, May 22, 2019 -- Laparoscopic Surgery is very common now for most of the surgical diseases but one of the limitations is to remove large tissue. It is not rare nowadays for a patient to have coexisting multiple pathologies of the gallbladder, uterus, ovary, and appendix that should be ideally treated at the same time.

In this context, Dr. R.K. Mishra of World Laparoscopy Hospital has created a World Record. First time in the World 3.5 Kg Fibroid, Ovarian Cyst, Gallbladder and Appendix removed by Laparoscopy in the Same Patient. The patient has torsion of Myoma giving severe pain, She had multiple episodes of appendicitis in the past. She had Cholelithiasis and one paraovarian cyst. All were removed by laparoscopy. The surgery took 6-hour time. Only 4 ports were used to remove all these pathologies. She was also having hydronephrosis due to the pressure of fibroid on the ureter. 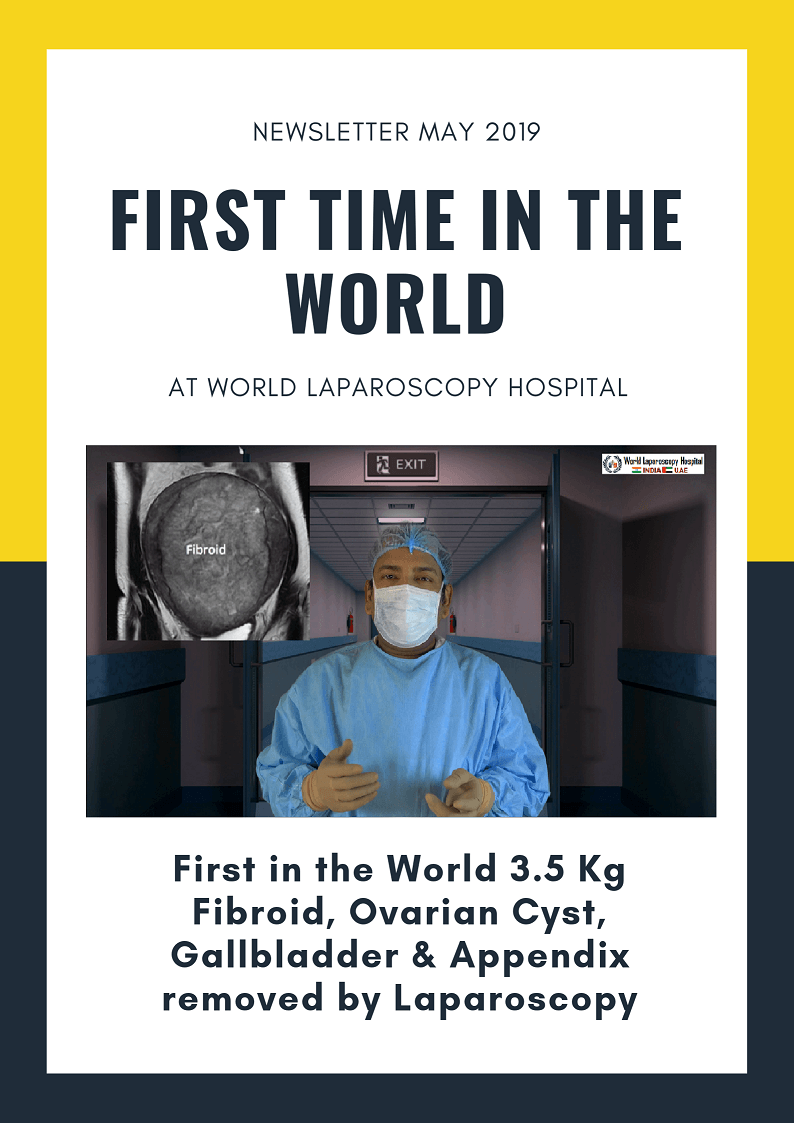 A surgeon may face a situation of elongating or even making another incision when performing open surgery. in such a case, an experienced surgeon is required who may well solve the problem in laparoscopy. However, all the experienced surgeons are now seeking to further this advantage by decreasing the number of trocars and avoiding visible scarring.
Top