Technology playing a predominant role in minimal access surgery,  At World Laparoscopy Hospital we have innovated many laparoscopic surgical instruments and infused new minimal access surgical methods and laparoscopic procedures to perform state of art minimally invasive surgery for a wide spectrum of diseases. Armed with many years of professional experience and an uncanny ability to perform Laparoscopic Surgery with ease we have earned a prestigious position among the surgical fraternity. We have crossed many milestones and now World Laparoscopy Hospital is reckoned as a globally reputed Hospital & Training Centre. Summary of our few of the research papers are given below.

Is Umbilicus Safe For Primary Port ?

The central location and ability of the umbilicus to camouflage scars make it an attractive primary trocar site for laparoscopic surgery. 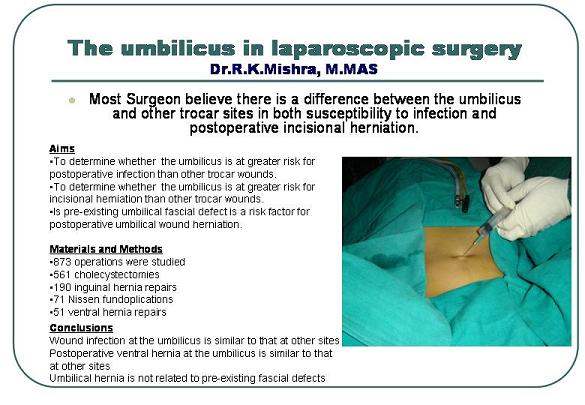 While laparoscopy has been an enormous advance from open surgery, recent development in microfibres and lenses have seen the creation of even tinier laparoscopes measuring two to four millimeters which are known as micro and mini laparoscopes, respectively. At the same time, small laparoscopic instruments have been produced and so the total laparoscopic procedure can be performed with incisions of two to four millimeters. Conventional laparoscopy uses a 10 mm umbilical incision for the laparoscope and 5 mm to 10 mm incisions elsewhere. Because of the small diameter of the micro and mini laparoscopes, under suitable circumstances surgeries may be performed without general anesthesia. 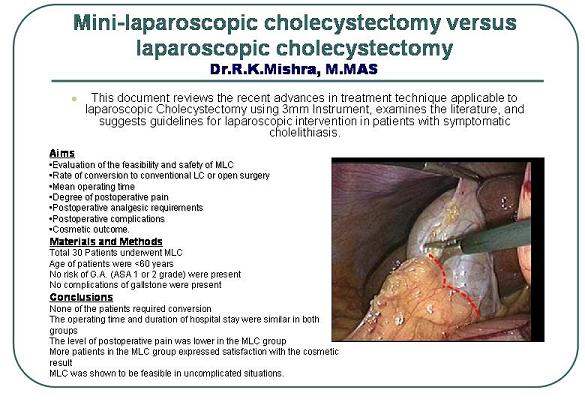 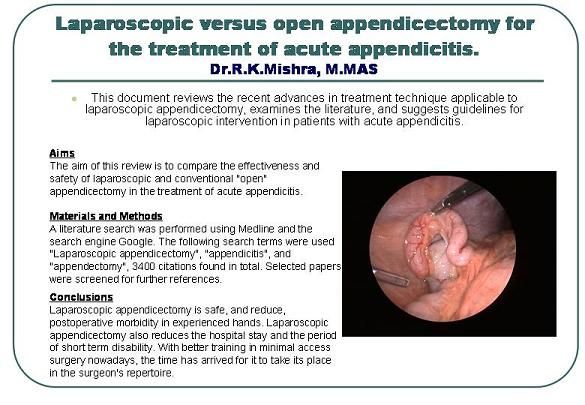 Our researches in the field of Laparoscopy has some  principles. We believe that information is accessible only for those who deserve it, and the merit is appraised by examining the enfoldment process of subject individual. In this sense, we do not discriminate people.  Therefore, our research results are open to the public. Those who wish to gain access to the information we supplied, must show a talent instead.