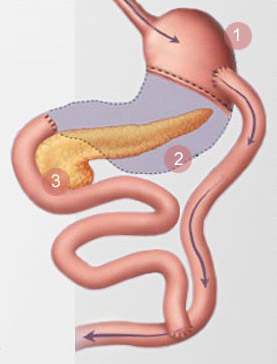 The obesity epidemic is here in India. The menace of overweight and weight problems in India has grown markedly over the past 11 years. While there is an agreement concerning the health problems regarding obesity, there is no obvious agreement upon it's management. Treating obesity remains an issue due to the difficulty to maintain long-term weight reduction and of potentially negative consequences from the frequently seen pattern of weight cycling in obese subjects. Some reason that the possibility hazards oftreatment do not outweigh the known hazards of being obese. Obesity, as a condition substantially raises the chance of morbidity from hypertension, type 2 diabetes, stroke, gallbladder disease osteoarthritis, anti snoring, obesity hypoventilation syndrome and certain cancers viz: endometrial, breast, prostate, and colon cancers.

Overweight and obesity pose a significant public health challenge. Not only may be the prevalence of this serious medical problem soaring among adults, but is also affecting ever greater numbers of Indian youth. This would in most probability be because of current lifestyle and westernized food habits. In this report, overweight is understood to be a BMI of 23.5 to 27.5 kg/m2 and obesity as a BMI of 27.5 kg/ m2, with morbid obesity above 37.5 kg/m2 the rationale behind these definitions is dependant on epidemiological data that demonstrate raises in mortality with BMI’s above 25 kg/m2. The increase in mortality, however, tends to be modest until a BMI of 30 kg/m2 is reached. For persons having a BMI of 30 kg/m2, mortality rates from all causes, and particularly from coronary disease, are usually increased by 50 to 100 percent above those of persons with BMI’s in the range of 20 to 25 kg/m2.

Treatment of the overweight and obese patient is a two-step process: assessment and management. Assessment requires resolution of their education of obesity and absolute risk status. Management includes both, weight loss or reducing excess body weight and looking after that weight loss to achieve control over associated risk factors. The aim should be to provide useful advice on how you can achieve fat loss and upkeep of less bodyweight. It is also important to note that protection against further putting on weight can be a goal for some patients. Obesity is a chronic disease, and both patient and the practitioner need to comprehend that successful treatment takes a lifelong effort. There is really a 98% recidivism rate with non surgical ways of weight reduction at treating morbid obesity. The only now available option at long term weight loss and control remains bariatric surgery.

Weight loss operations can be split into

Restrictive operations decrease food intake and promote a feeling of fullness (satiety) after meals. Malabsorptive procedures however slow up the absorption of calories, proteins along with other nutrients resulting in weight reduction. Some operations are a combination of both viz the gastric bypass.

Early bariatric surgical treatments induced weight loss by malabsorption, i.e., by decreasing the absorptive top of the intestine. Kremen et al performed the very first intestinal bypass via jejunoileostomy in 1954, and Payne and DeWind performed a distal jejunocolonic anastomosis in 1956. These procedures were later modified by Sherman et al, 11 who sutured 14 inches of proximal jejunum within an end-to-side fashion to the terminal ileum 4 inches proximal towards the ileocecal valve.

To avoid the high rate of complications related to intestinal bypasses, Millroy developed VBG in early 1970s. Banding was developed by Wilkinson in 1978 to be modified by Molina in 1980 and subsequently redesigned by Kuzmak in 1983. Mason and Ito devised a gastric bypass procedure for morbid obesity in 1966, after noting losing in weight occurring after gastric resection for peptic ulcer disease. Initially, they transected the stomach horizontally and performed a loop gastrojejunostomy towards the proximal part of the stomach. Over several decades, the gastric bypass continues to be modified into its current form, using a Roux-en-Y limb of intestine (RYGBP).

The very first use of the gastric bypass, in 1967, used a loop of small bowel for re-construction. Although simpler to create, this approach allowed corrosive juices in the small bowel to go in the gastric pouch, sometimes causing severe inflammation and ulceration of either the stomach or even the lower esophagus. It had been soon abandoned by its originators, in favor of less troublesome techniques, but has been employed again by a few surgeons, as the “Mini-Gastric-Bypass”, mainly to simplify the challenge of reconstruction, when performed laparoscopically. Although mini-gastric bypass continues to be asserted to have a low complication rate, there are now multiple reports within the medical literature of serious long-term complications with the technique, necessitating major revisional surgery.

In 1994, Drs. Wittgrove and Clark reported the first case series of laparoscopic RYGBP. The primary differences between laparoscopic and open RYGBP would be the approach to access and method of exposure.

Within the laparoscopic procedure, six small incisions are created, through which ports are inserted for abdominal access. Dissection is started in the angle of His. The Esophagogastric junction is about the left is separated from the spleen and left crus. The stomach is divided with laparoscopic staplers to produce a 15-20cc pouch.

The ligament of Treitz is identified initially, and the proximal jejunum is divided approximately 50 cm distal to this point. A gastro jejunostomy is conducted either handsutured, linear staplers or by circular staplers. How big the anastomosis should be not more than 1.5 cms. A jejunojejunostomy is performed with laparoscopic staplers. A Roux limb which is between 75 to 200 cm is formed with respect to the BMI, and the jejuno-jejunal mesenteric defect is closed to avoid postoperative internal hernias. The Roux limb is placed within an antecolic fashion. The anastomosis is tested by gastroscopy for proof of a leak after the procedure.

The Silastic® ring gastric bypass is really a banded pouch RYGBP devised by Mal Fobi. A Silastic® ring is positioned round the vertically constructed gastric pouch above the anastomosis between your pouch and intestinal Roux limb. The band controls stoma size by prevention of dilatation of the gastric pouch outlet, and it is considered to provide better longterm control of the speed of emptying of the pouch and calorie intake. This process may also include placement of a gastrostomy tube for decompression of the distal stomach; a radioopaque radioopaque ring marker may be placed round the gastrostomy site to facilitate future percutaneous access to the distal stomach. Half the normal commission (3%) of patients might have band erosion or obstruction, necessitating reoperations and band removal. This procedure has better long term weight reduction but higher morbidity from vomiting and poor ability to tolerate some kinds of food.

Lots of debate as to the choice of procedure selection continues to be carried out during the last few years and many papers published. Recently Himpens et al published a study on the comparison of gastric bands versus sleeve gastrectomy over a 3 yr period. Weight reduction and lack of feeling of hunger after 12 months and Three years are better after SG than GB. GERD is more frequent at 12 months after SG and at 3 years after GB. The severity of complications appears higher in SG.

Dr Raul Rosenthal et al did a comparative study between bands and bypasses in over 1001 case and that he found that excess fat loss was 51% at 6 months, 73.4% at 12 months for the gastric bypass group and 54% at 1 year for that laparoscopic banding group. The entire complication rate was 31.8% (12.4% major and 19.4% minor) in the gastric bypass group and 13% in the laparoscopic banding group.

Van Dielen compared bands versus VBG and inferred that despite better weight loss in VBG, depending on complication rates and clinical outcome, LAGB is preferred. It were built with a shorter LOS and less postoperative morbidity. Lots of debate has been undertaken about the open technique versus the laparoscopic method. An interesting paper in Weight problems Surgery, 2004 compared the recovery some time and outcome parameters.

This paper also gave the morbidity in addition to mortality rates higher in open compared to laparoscopy which led to the question of coaching in laparoscopy where A- is a trained Lap surgeon and B- untrained laparoscopic surgeon. Jan Fay in 2004 published a comparative study on Band versus Bypass and gave the expected weight losses and results at the end of 1 year. He figured both LAGB and RYGBP are viable options with careful patient selection.

Leakage of the anastamosis may appear in about 2 to 3% of gastric bypass procedures, usually at the gastro jejunostomy site. A leak at the jejunojejunal anastomosis is rare. Sometimes a leak can be treated with antibiotics, and sometimes it will require immediate re-operation. It is almost always safer to re-operate, if the infection cannot be definitely controlled immediately.

Besides pulmonary embolism a leak may be the commonest cause of mortality inside a gastric bypass and hence needs immediate attention. A delay within the diagnosis can often be fatal. Diagnosing of the leak is usually confusing and needs an extremely higher level of suspicion to pick up clinical signs such as tachycardia, tachypnoea, fever and raised wbc count. A Conray Study or CT Scan may sometimes be rather puzzling hence if uncertain better to re operate and also have a look rather than conserve and repent later.

This remains among the commonest reasons for sudden death post bariatric surgery. Any injury, like a surgical operation, causes the body to increase the coagulation from the blood. Simultaneously, activity may be reduced. There is an increased probability of formation of clots within the veins of the legs, or sometimes the pelvis, specifically in the dangerously obese patient.

Bariatric surgery remains the best available option for long-term weight loss and control of co-morbid conditions in a dangerously obese individual. Though the lap band remains a technically easy operation with an avg excess fat lack of 40 to 50% it should be restricted to a select group of very motivated young patients who're large volume eaters and prepared to change lifestyle and use after surgery to achieve good results within the indian scenario.

Another purely malabsorptive procedures have limited options in India as the required protein intake after these surgeries may not be achieved with a predominantly vegetarian diet in india. Thus resulting in complications for example protein energy malnutrtion or cirrhosis of liver. The arrival of NOTES or Transendoscopic Surgery has opened up new horizons however the future benefits of these procedures need to be proved.

It is primarily the scenario that the lap Roux-en-Y gastric bypass remains the procedure of choice within the indian context for dealing with morbid obesity and its co morbidities especially diabetes type 2 mellitus. Though needing an extended learning curve it's upto the surgeon to understand this technique because this remains the defacto standard of bariatric surgery in India.