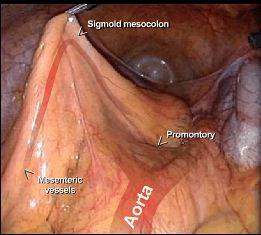 Minimal access surgery has taken a quantum leap within the last decade. Laparoscopic cholecystectomy has been proven beyond doubt to be the “gold standard” within the management of cholelithiasis. Several other laparoscopic treatments have gradually recently been approved and are being put to use by surgeons world wide. Laparoscopic fundoplication, splenectomy, adrenalectomy and nephrectomy are to name a few. Since Jacob’s first laparoscopic colectomy in 1991 there are various reports in books recommending that minimal access surgical treatment has become the way forward within colorectal surgery. Despite this belief minimal access surgery with regard to colorectal diseases hasn't received momentum between the surgical fraternity. Further using laparoscopy for Colo-Rectal cancers sometimes appears with more skepticism. The factors responsible for this view are discussed in this article.

We should talk about colonic cancer and rectal cancer as two separate diseases though a lot of concerns will be common. Technical ease and oncological results are larger task for laparoscopic rectal cancer surgery when compared with laparoscopic colonic cancer surgery. The reason being there's wide operator to operator based mostly discrepancy in terms of illness free survival and local recurrence due to varied surgical procedure even just in open rectal cancer surgery. Laparoscopy like a tool may be used in two ways. One for extensive abdominal cavity exploration with simultaneous setting up of disease with the help of intraoperative ultrasound examination. Intraoperative ultrasound can diagnose liver metastasis which might happen to be missed by routine preoperative imaging procedures. This may not alter the prepare of resection of primary sickness but intent of resection may change. Additionally the decision of excising the secondary disease may rely on quantity of secondaries, their own place and institutional policy and also the resection of primary disease be it healing or palliative.

This might be probably the most controversial debate put forward by the surgeons with an antagonist school of thought. The oncological concepts for laparoscopic surgery carried out overlap with which for the open surgery.

Several elements happen to be examined in clinical trials and maybe probably the most extensively examined elements happen to be the number of recovered lymph nodes using the surgical specimens and also the adequacy of the resection margins. A current meta-analysis reviewed five randomized controlled trials on these issues and located no factor between your laparoscopic and the open approach. A Cochrane Collaboration review of trials comprising of 688 patients also found no difference within the final amount from the lymph nodes retrieved in the two groups with a p value of 0.86. The ecu Colon Cancer Laparoscopic or Open Resection Study Group found identical rates of positive resection margins of two % between their two groups having a p value of 0.86.The united kingdom Scientific research Council trial of Conventional versus Laparoscopic Assisted Surgery in Colo-Rectal Cancer reported nonsignificant positive circumferential resection margins of Seven percent and Five percent with p = 0.45 in lap assisted and open resections respectively. In the COST study, median amounts of lymph node record were in both arms.

The surgical manner of colectomy or proctectomy is of grave importance in terms of disease free survival and local pelvic recurrence. It's technically very challenging for any beginner to be certain of adequacy of resection. The Laparoscopic Colo-rectal surgery includes a very steep learning curve, having said that the learning curve for open colorectal surgery also is not very easy. It has been shown in a variety of studies that individuals doing high volume colorectal surgeries have better results. In the past decade using the rapid evolution of laparoscopy, the advances in the laparoscopic instrumentation and devices have allowed surgeons to do the surgery with greater ease.

Laparoscopic colorectal surgery can be done in thre ways

Purely laparoscopic surgery will need not only mobilization, but vascular control, division of bowel and restoration of continuity intra-corporially. This may have no added advantage over laparoscopic assisted technique while you will have to make an incision at the end from the process to provide the specimen. Many people think that if we can utilize this incision for vascular control, resection of bowel and restoration of continuity we can bring down the price and time of surgery without compromising on advantages of MAS and oncological principles.

An additional couple of surgeons feel that if we can place our hand inside abdomen from a convenient incision we are able to even mobilize bowel, do blunt dissection, retraction and control hemorrhage by using hand. This not just gives the surgeon sense of security, and tactile feel, but also bridges the gap between laparoscopic surgery and conventional surgery.

Several randomized controlled trials have demonstrated a significant decrease in pain or analgesic requirements in the immediate post-operative period. Inside a meta-analysis Abraham4 and coworkers found significant advantages of the laparoscopic colectomy group in pain levels resting and during coughing.

Exact QOL between a couple of groups is difficult to measure because of lack of more delicate and appropriate instruments. Therefore based on books the patients experienced better standard of living with decreased pain in the immediate post-operative period.

Direct costs following the laparoscopic surgery are greater than outdoors one. However, the diehard supporters of laparoscopic surgery have argued that the total costs to the society may actually be lower considering the improved temporary and potential long-term outcomes associated with the minimally access approach. Moreover direct cost in the west is determined by the theater period used, this is not the case in many of Asian countries.

Most comparative studies published to date have found no significant difference in the long run outcomes between your laparoscopic and open resections, and case series have found recurrence in survival data that measure favorably with accepted rates for traditional colon resections. The long term outcomes happen to be studied thinking about the following aspects:

Lacy and colleagues have published one of the first landmark randomized managed trials comparing lap assisted and open resections for the colon cancer reporting tumor recurrences rate of 17% and 27 % respectively with a non-significant trend favoring lap resection. Similarly based on an intention-to-treat analysis, the overall mortality rates were not significantly different between your two groups however the cancer related mortality rates favored the laparoscopic group. The Lacy group also indicated that the overall advantages found using the laparoscopic approach were due to the locally superior Stage III disease sub-group. The reason is not quite known but might be related to immune function alteration along with laparoscopy. Another case series has demonstrated similar survival advantage for locally advanced disease.

In 1993, Alexander and colleagues reported an instance of wound recurrence after 3 months following laparoscopic right hemicolectomy for a Dukes C adenocarcinoma. After this there were innundate of reports of increased port site metastasis with laparoscopy for malignancy. In a critical review of the literature from 2001, Zmora and colleagues analyzed total of 16 series of Laparoscopic colo-rectal resections for carcinoma published between 1993 and 2000, each comprising of greater than 50 patients and found an incidence of port site metastases of under 1 % among 1737 patients. Recently the data from well designed randomized controlled trials have provided definitive evidence against a higher incidence of port site metastasis in laparoscopic colon surgery in contrast to traditional resection. The Clinical Connection between Surgical Therapy study8 reported a wound recurrence price of 0.5% in laparoscopy group in contrast to a 0.2% on view group. Lacy and colleagues discovered a single case of port site recurrence within the laparoscopic group as compared to none on view group following a median follow up of 43 months. Earlier high incidence of port metastasis was probably because enthusiastic laparoscopic surgeons ignored oncological principles.

Another concern is regarding the accidental tumor spillage through laparoscopic colo-rectal resections that is brought on by grasping and manipulating the bowel in the narrow pelvis. The prevalence of intraoperative tumor cell dissemination that's caused by iatrogenic tumor perforation or transaction during laparoscopic APR has been reported to become as high as 5%14. At the moment there aren't many large studies more than 50 patients as well as more than Three years follow up. In two series where patients underwent laparoscopic rectal resection for advanced tumor, local pelvic recurrence rates were 19% and 25%, quite much like recurrence rate on view group.

In CLASICC trial 7, 242 rectal resections were performed and conversion rate ranges from 34% for rectal cancer as opposed to 25% for colonic cancer. Rate of positive margins weren't statistically difficult. This clearly demonstrates that laparoscopic rectal resection even just in the hands of experienced surgeons is much more technically demanding compared to laparoscopic colonic surgery. Although large randomized, prospective trials may show that experienced laparoscopic colectomists can achieve good outcomes for patients who have curable intraperitoneal colon adenocarcinoma, these results cannot be extrapolated immediately to patients who have rectal cancer. Hence it is critical to evaluate immediate pathology and long-term oncological results of laparoscopic proctectomy prospectively before recommending the strategy for mass consumption.

In the last decade and a half, there's been a rapid technical advancement in laparoscopic techniques to treat colo-rectal cancer, as surgeons possess sought to create laparoscopic colectomy and proctectomy more and more routine. In addition to the advances in laparoscopic instrumentation and energy delivery, improvements in hand assist technology have allowed surgeons to approach laparoscopic proctectomy with much better tools. Large randomized, prospective trials show that laparoscopic colectomists at the disposal of experienced surgeons is capable of good outcomes for patients who have curable intraperitoneal colon adenocarcinoma. These results cannot be extrapolated immediately to patients who've rectal cancer. Laparoscopic proctectomy should stay in the hands of well trained, high volume, experienced surgeons who've built a dedicated team for treating these types of patients and who follow them prospectively.