In the last 20 years, surgeons have become increasingly interested in replacing sutures by means of adhesive glues in approximation of tissue, glues and adhesive have been used for a number of medical application, with rapid advances in minimal access surgery the potential uses of biological and synthetic material are expanding exponentially, this article review the data associated with history of glues, their clinical application, limitation and safety consideration in various surgical procedures.

There are more than four million surgical procedures annually world wide with traditional sutures and staplers are used to seal a wound, biological and synthetic glues in surgery as a tissue adhesive to replace traditional suturing techniques are promising. Potential benefits of glues include better cosmetic, significant reduction in percutaneous injuries from suture needles, which would in turn reduce the risk of transmission of infectious disease. The field of surgical tissue adhesive is rapidly developing with multiple products now available with respect to bleeding. It must be said that the use of fibrin sealant is not substitution for excellent surgical technique (1).

1- Biological (1) natural compound like fibrin, gelatin based, those of fibrin based glues function by reproducing the latter stage of normal clotting cascade leading to the formation of stable fibrin clot. These glues are used largely as haemostatic agents for bleeding surface and vascular Anastomosis. There is a wide range of fibrin product variety but in essence they fall into 2 types, two component fibrin and cryoprecipitate based glues, the composition of the two component type is basically the same, despite several different product proprietary names, the many different preparation vary in the source of the fibrinogen (usually human), the thrombin (usually bovine).

These provide alternative resorbable biological glues that have greater bonding strength than fibrin based glue, GRFG (gelatin & resorcinol & formaldehyde & glutaraldehyde) was the first generation. The second generations of gelatin hydrogel glues are much less toxic as the formaldehyde has been substituted with other cross linking agents. Fibrin adhesives can be created from outologous sources or pooled blood. They are typically used for haemostasis and can seal tissues while they do not have adequate tensile strength to close skin. Commercial preparation such as tisseel and hemaseel are food & drug administration approved. Gelatin based glues is photo chemically activated surgical tissue ‘bonding or soldering’ technology involves using photo reactive gelatins and a water soluble dysfunctional macromer (polyethylene glycol diacrylate: PEGDA). Photoreactive groups, e.g., ultraviolet light-reactive benzophenone or visible light-reactive xanthene dyes (e.g., fluorescein sodium salt, eosin Y, and rose bengal) are incorporated in the gelatins, which are then suspended in a saline solution containing PEGDA forming a viscous. This forms an adhesive hydrogel within 1 minute when irradiated with the appropriate light. The resulting gel is tightly adherent to soft tissues such as the liver. Experimentally this photo curative gelatin glue has been used to seal effectively arteriotomies in canine abdominal or thoracic aortas. This glue has great potential application in laparoscopic surgery, as the percutaneous delivery of the glue followed by in situ photogelation will result in prompt, safe and effective haemostasis [Nakaymama et al 1999].

Cyanoacrylates (CAs) (have been available since 1960 but their clinical use has been limited because of the thermal damage and scarring to the tissues (hence strictures in anastomoses work) they produce and also because of unsubstantiated concerns regarding mutagenicity and carcinogenicity. There is no doubt that CAs is cytotoxic but this varies with the chemistry and the formulation. Experiments have consistently shown that polymerised CAs are cytotoxic to human fibroblasts and inhibit cell proliferation but this cytotoxicity varies considerably between the various cyanoacrylates.

Histoacryl blue was the first cyanoacrylate glue to be used clinically for closure of skin incisions in Europe in the early 1980s. It is n-butyl-2 cyanoacrylate monomer colored by a blue dye. It is now the favored adhesive embolic agent used by the interventional radiologists and for endoscopic control of bleeding varices and gastro duodenal lesions. Histoacryl and two component fibrin glue have been used successfully and without complications in the endoscopic sealing of bronchopulmonary fistulae after pulmonary surgery.

Dermabond was the first synthetic cyanoacrylate used in USA and is now approved by FDA for closure of trauma induced skin lacerations and small surgical incisions. The chemical formulation of Dermabond is 2-octyl cyanoacrylate monomer. When applied to skin, Dermabond polymerises within 45-60 seconds to form a more pliable bond than Histoacryl, which sloughs off after 7 - 10 days. Under current regulations, the glue is for surface application to the wounds, i.e. not in the base of the wound or between the wound edges. Clinical trials have demonstrated equivalent cosmetic results following healing to that achieved following wound closure by sutures The main advantage of all fibrin based glues is their lake of toxicity and complete compatibility such that healing is not disturbed. Fibrin glues has been used effectively in the laparoscopic management of patient with blunt hepatic trauma. In one report of 61 patients, 55 patients were successfully treated without recourse to laparotomy (chan et al 1998). Thus the selective use of laparoscopy and fibrin glue can reduce the non therapeutic laparatomy rate among blunt hepatic trauma patient; also fibrin can be used to fix the prosthesis during percutaneous endoscopic external ring inguinal hernia repair (Waldron et al, 1998). Fibrin glue is very effective in preventing bleeding from surface liver cracks that form during hepatic laparoscopic cryotherapy for in situ ablation of liver tumors (Cuschieri et al 1995)

The limitation of all fibrin based and gelatin glues is that they are only effective in the absence of active bleeding, this problems has been overcome by the development of hybrid biological sealants.

3-Adhesive based on protein engineering

These polymers are still at the experimental stage ,but show great promise as bio compatible and biodegradable internal sealants, they are based on proprietary protein engineering based on DNA gene  technology, epithalization and healing with absorption of the material were observed at 28days,the wound strength was equivalent to sutured controls(3)

Drying the area with a sponge and using the gas driven spray applicator are effective methods to create a dry field. The use of gas from the applicator to remove blood prior to adding the component of fibrin sealant is an excellent technique of rapidly achieving a dry field. The spray technique is particularly valuable for diffuse area of capillary bleeding often encountered at the time of reoperative surgical dissection or when diffuse capillary or venous bleeding is encountered from inflamed tissue. The spray technique is particularly useful to cover large surface area of bleeding. It also results in the most efficient use of the fibrin sealant, thus reducing the cost associated with the use of the agent.

If a localized area of bleeding is encountered, it may be best to use the needle or tip applicators provided by the manufacturer for specific application of the fibrin sealant at a small site.

Benefits of fibrin sealants include tissue compatibility, lake of toxicity, natural bioabsorption &superior adhesiveness, these advantage contribute to the versatility of fibrin sealants as alternative to suturing in some surgical procedure.

Although the three food and drug administration approved indication for fibrin sealant are reoperative cardiac surgery, colon Anastomosis and treatment of splenic injury, fibrin has been successfully employed in countless number of surgical procedure including hepatic resection, bowel,& vascular anastomosis, enterocutaneous & anorectal fistula closure and neurosurgery. fibrin sealant can be used to assist with a variety of tissue apposition and adherence indication, the classical example is the use of fibrin sealant to eliminate  potential space at the time of lymphatic dissection in the axilla or groin associated with tumor resection, the goal is to achieve adherence  of the skin to under lying tissue after removal of lymphatices and soft tissue so that a potential space for seroma formation or bleeding is eliminated. 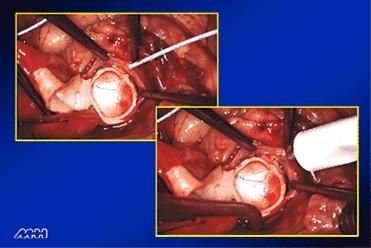 use of fibrinsealant in surgery

Little has been published concerning the toxicity of cyanoacrylate adhesive, in other research ,direct toxicity of cyanoacrylate was thought to be an important contributor to post operative arterial  occlusion  lesion in seven patients who under gone surgery for non ruptured cerebral aneurysms using cyanoacrylate. Currently however, there are no published reports with clinical data on the long term toxicity, carcinogenicity effect of either synthetic glues, another problems with fibrin glues is that wrongly believe such blood product have the potential to transmit disease although numerous  studies have shown other wise the effectiveness of these product has not been compelling enough to override lingering concern (11).

Fibrin sealant has been used with increasing frequency in a variety of surgical field for its unique haemostatic and adhesive abilities, sealant mimics the last step of coagulation cascade, with rapid advance in minimal access surgery, the potential use of this type of biological and synthetic material are expanding from reinforcing gastro intestinal anastomosis to repair perforated duodenal ulcer to mesh fixation in laparoscopic hernia repair, although fibrin sealant is gaining increasing acceptance among surgeon in various surgical procedure, suturing still taking place by most of the surgeon world wide.