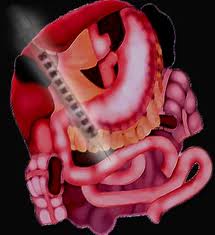 Gastric bypass and other bariatric medical procedures are primarily performed to resolve issues of morbid obesity. Not only does gastric bypass help in weight-loss, but studies show that it has dramatic effects on diseases associated with obesity like heart diseases, hypertension, cancer and diabetes. There are significant studies showing that gastric bypass surgery was able to reduce or force the remission of Type 2 diabetes.

With gastric bypass surgery, the stomach is reduced in size. A small pouch is created on the top of the stomach and the middle section of the small intestine is connected to the remaining part of the stomach. Because of the stomach is smaller in size, it could accommodate smaller amount of food and would limit the calories that it would absorb.

There are studies showing that diabetes was forced to remission after the surgery. This is not just about hormonal factors, the amount of weight lost by the patient has significant effects on diabetes. In a study conducted at the Duke University Medical Center in Durham, North Carolina, they were able to identify that weight is a factor in decreasing diabetes. Hormones also have a factor, since the studies also showed an effect on the gut hormones. They have a stronger insulin resistance.

In the study conducted, obese patients who have Type 2 diabetes, showed that their diabetes control improved after undergoing the surgery. They had lower blood-sugar levels and take lower amounts of medication. About 48 percent of the respondents were able to achieve complete remission.

It is not just the weight loss and the hormones that keep diabetes at bay. Type 2 diabetes is often caused by diet. A person who have undergone gastric bypass surgery, is required to follow strict diet. Too much sugar at fat is best avoided after the surgery, since it could result into the Dumping syndrome which has vomiting, nausea, dizziness, sweating and diarrhea as symptoms. Because of the change in diet, the individual gets to eat less food and less carbohydrates.

The results are not only significant among adult patients. There are also studies showing that it would take a year before teen patients would be able to be off from the medication and for diabetes to go into remission. Teen who are suffering from diseases used to be only associated with adults, like high blood pressure, cholesterol and triglyceride levels, would get lower counts or get significant improvements after surgery.

Experts agree that diabetes can surely be reduced by undergoing gastric bypass surgery. However, it is not the best option nor the only option. The gastric bypass surgery effects could fail especially if the same lifestyle before the surgery is still followed. It is still about eating healthy and getting regular activity into your schedule.

Gastric Bypass And Other Treatments For Obesity

Gastric bypass surgery is the most common method used to lose weight brought by morbid obesity. Experts would estimate an average of 140,000 surgeries being performed annually. With this kind of procedure, a small pouch is made in the stomach by stapling it. The middle portion of the small intestine is connected to the rest of the stomach. Food will bypass the small pouch and the upper part of the intestine. The size of the stomach is reduced, thus also reducing the food that it could take.

Although it is the most popular procedure, there are other bariatric surgeries or weight loss surgeries.

These are just the basic medical procedures and weight-loss surgeries that can be performed to obese individuals and patients. Nonetheless, a person who would like to undergo bariatric surgery would have to undergo different medical and psychological examinations. Those who are qualified for gastric bypass should have at least tried an organized weight-loss program for the last six months monitored by a doctor, but acquired no significant results with their body weight.

Overall, if you are obese, there are steps that you could start doing before considering gastric bypass surgery. Before you start any diet or exercise program, it is recommended to consult a doctor first to guide you on how you could shed the pounds and keep them off. You could start by changing the variety of food you eat, the nutritional content and the amounts and frequency of meals. In short, you would have to improve your eating habits.

Start incorporating activity to your daily activities. Fat in the body is actually energy not used of consumed by the body. So you would have to start losing those excess weight by having an exercise plan. You could start by giving at least 30 minutes a day for daily activity. It does not have to be done continuously, you could break it into different stages suited for your time.

To get better results, it is also important to get all the necessary support tat you could get. There are still tendencies that a person who have undergone gastric bypass surgery to regain their weight. They could still turn to overeating which could result to serious problems like expansion of the pouch or even rupture of the stomach. Counselling and support groups play a major role in helping obese patients deal with weight loss, confidence or self-esteem and other major changes.

Gastric bypass surgery is not the only option. There are other options that can be followed to get the desired health condition. Whatever treatment or surgery that we follow, in the end, what would matter is our will and determination to undergo the change.

According to studies, gastric bypass surgery can help get rid of excess body weight by as much as 90 percent. Sounds too good to be true, right? But that’s possible if a patient follows a strict diet plan to avoid regaining weight and to enjoy the full benefits of the surgery. The aftermath of the surgery requires certain lifestyle changes, and that include eating habits. Make sure you get the proper nourishment you need by following these guidelines.