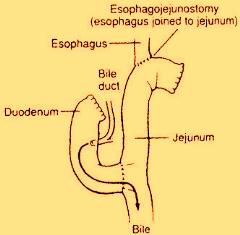 Gastrectomy might be the surgery of or the portion stomach for benign or malignant disease.

Stomach cancer was the most typical type of cancer worldwide within the 1970s and early 1980s, and also the occurrence rates have always shown substantial variation in various countries. Rates are highest in Japan and eastern Asia, but the areas around the globe have high occurrence rates, including Eastern Europe and areas of Latin America. Occurrence rates are usually reduced Western Europe and also the USA. Gastrointestinal diseases such as gastric ulcers affect approximately 25%-30% from the world's population. In the USA, 60 million adults experience gastrointestinal reflux at least one time per month, and 25 million adults suffer daily from heartburnis a disorder that may develop into ulcers.

Gastrectomy is conducted most often to deal with the important problems:

A gastrectomy is conducted with a surgeon been trained in gastroenterology, the branch of drugs that are responsible for the diseases from the digestive system. An anesthesiologist accounts for administering anesthesia, and also the operation is conducted inside a hospital setting.

Gastrectomy can also be occasionally utilized in treating serious peptic ulcer disease or its problems. As the great majority of peptic ulcers are handled with medication, partial gastrectomy may also be necessary for peptic ulcer patients who've complications. Included in this are patients that do not respond satisfactorily to medical therapy; people who create a bleeding or perforated ulcer; and people who develop pyloric obstruction, a blockage towards the exit in the stomach.

The surgical treatment for serious ulcer disease can also be called an antrectomy, a restricted type of gastrectomy where the antrum, portion from the stomach, is taken away. For duodenal ulcers, antrectomy might be coupled with other surgical treatments which are targeted at lowering the secretion of gastric acid that is related to ulcer formation. This additional surgery is often a vagotomy, surgery about the vagus nerve that disables the acid-producing part of the stomach.

Elimination of the tumor, often with elimination of the encompassing lymph nodes, may be the only curative treatment for a number of types of gastric cancer. For a lot of patients, this entails removing not just the tumor, but the portion of the stomach too. The extent that lymph nodes also need to be removed is really a subject of debate, however, many research has shown additional survival benefits related to elimination of more lymph nodes. Gastrectomy, either total or subtotal, may be the treating choice for gastric adenocarcinomas, primary gastric lymphomas and also the rare leiomyosarcomas. Adenocarcinomas are probably the most common type of stomach cancer and therefore are less curable compared to relatively uncommon lymphomas, that gastrectomy offers good likelihood of survival.

General anesthesia can be used to ensure the individual doesn't experience pain and isn't conscious throughout the operation. Once the anesthesia has had hold, a urinary catheter is generally inserted to watch urine output. A thin nasogastric tube is placed in the nose into the stomach. The abdomen is cleansed by having an antiseptic solution. The doctor constitutes a large incision from just beneath the breastbone right down to the navel. When the lower end from the stomach is diseased, the doctor places clamps on either end from the area, which portion is excised. Top portion of the stomach will be connected to the small intestine. When the upper end from the stomach is diseased, the end point from the esophagus and also the upper portion of the stomach are clamped together. The diseased part is taken away, and also the lower portion of the stomach is connected to the esophagus. After gastrectomy, the doctor may rebuild the altered portions from the digestive system in order that it will continue to function. A number of different surgical techniques are utilized, but, in most cases, the surgeon connects any remaining part of the stomach towards the small intestine. Gastrectomy for gastric cancer is always done while using traditional open surgery technique, which takes a wide incision to spread out the abdomen. However, some surgeons make use of a laparoscopic technique that needs merely a small incision. The laparoscope is attached to a little camera that projects an image from the abdominal contents onto a monitor for surgeon's conclusion. The stomach is operated on by means of this incision.

The possibility advantages of laparoscopic surgery consist of less postoperative pain, decreased hospitalization, and earlier go back to normal activities. Using laparoscopic gastrectomy is restricted, however, only patients with early-stage gastric cancers or those whose surgery is supposed just for palliation are thought with this non-invasive technique. It may only be practiced by surgeons experienced within this kind of surgery.

Important questions a patient should ask a doctor:

Before going through gastrectomy, patients need a number of such tests as x-rays, computed tomography (CT) scans, ultrasonography, or endoscopic biopsies to verify diagnosing and localize the tumor or ulcer. Laparoscopy might be completed to diagnose a malignancy in order to ascertain the extent of the tumor that's already diagnosed. Whenever a tumor is highly suspected, laparoscopy is usually carried out immediately prior to the surgery to get rid of the tumor; this process avoids the requirement to anesthetize the individual twice and sometimes avoids the requirement for surgery altogether when the tumor available on laparoscopy is deemed inoperable.

Surgery for peptic ulcer works well, however it may create a number of postoperative problems. Following gastrectomy surgery as much as 30% of patient have substantial symptom, a surgical procedure called highly selective vagotomy has become preferred for ulcer management, and it is safer than gastrectomy. Following a gastrectomy, various irregularities may acquire that produce symptoms associated with intake of food. They happen largely since the stomach, which can serve as a food reservoir, continues to be reduced in the capacity through the surgery. Other surgical treatments that usually accompany gastrectomy for ulcer disease may also bring about later symptoms. These procedures consist of vagotomy, which lessens acid production and decreases stomach emptying; and pyloroplasty, which grows the opening between patient’s stomach and small intestine to help in emptying from the stomach.

Some patients experience lightheadedness, a pounding heart or racing heart, sweating, and nausea and vomiting following a meal. These might be the signs of "dumping syndrome," as meals are rapidly dumped to the small intestine in the stomach. Dumping syndrome is treated by adjusting this diet and pattern of eating, for instance, eating smaller, more frequent meals and limiting liquids. Patients, who've abdominal bloating and pain after consuming, frequently then nausea and vomiting, might have what is known as the "afferent loop syndrome." This really is treated by surgical correction. Patients who've early satiety, abdominal pain and vomiting might have bile reflux gastritis, also is surgically correctable. Many patients also experience weight reduction. Reactive hypoglycemia is really a situation that results when glucose levels become excessive following a meal, stimulating the discharge of insulin, taking place about 2 hours after consuming. A high-protein diet and smaller meals are advised. Ulcers recur in a tiny percentage of patients after surgery for peptic ulcer, generally within the first couple of years. Further surgery is generally necessary. Vitamin and mineral supplementation is essential after gastrectomy to fix certain deficiencies, particularly vitamin B12, iron and folate. Vitamin D and calcium will also be required to prevent and treat the bone issues that often occur. Included in these are softening and bending from the bones, which could produce pain and osteoporosis, a loss of bone mass. Based on one study, the danger for spinal fractures might be up to 50% after gastrectomy.

With respect to the extent of surgery, the danger for postoperative death after gastrectomy for gastric cancer continues to be reported as 1-3% and also the risk of non-fatal complications as 9-18%. Overall, gastric cancer likelihood and mortality rates happen to be declining for many decades in many regions of the planet.

After gastrectomy surgery, patients are needed to come to the recovery unit and vital signs are observed at close range through the nursing staff before anesthesia wears off. Patients generally feel pain in the incision, and pain medicine is prescribed to supply relief, generally delivered intravenously. Upon waking from anesthesia, patients come with an intravenous line, a urinary catheter, along with a nasogastric tube in position. They can't eat or drink right after surgery. In some instances, oxygen is delivered via a mask that matches within the mouth and nose. The nasogastric tube is mounted on intermittent suction to maintain the stomach empty. When the whole stomach continues to be removed, the tube goes straight to the little intestine and stays in position until bowel function returns, which could take 2 to 3 days and it is supervised by listening having a stethoscope for bowel sounds. A bowel movement is a sign of healing. When bowel sounds return, the individual can drink clear liquids. When the liquids are tolerated, the nasogastric tube is taken away and also the weight loss program is slowly changed from liquids to soft foods, after which to more food. Dietary adjustments might be necessary, as particular foods may certainly be hard to digest. Overall, gastrectomy surgery generally takes a recuperation time of countless weeks.