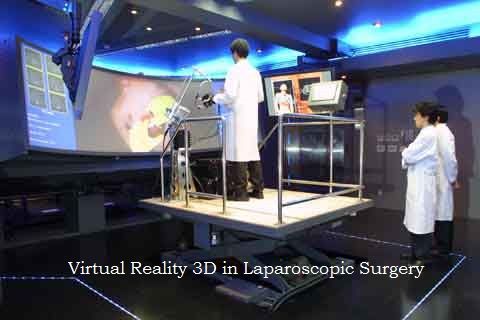 The word Laparoscopy is a Greek work, which when is parsed, forms “Laparo” which means “the flank” and “skopein” which means “to examine”. What differentiates Laparoscopic surgery from other techniques is the minimal incision, practiced in this particular operating technique. Laparoscopic surgery is a minimally invasive abdominal surgery that is performed through small incisions. Surgeons view the procedure on a video monitor that shows a camera's view from inside the abdomen through a small laparoscope inserted through an incision. The history of Laparoscopy hails from the United States of America, where it was practiced officially by a few French practitioners, for the first time, in 1988. Basically, this technique is operated initially only on the areas near the abdomen or the gall bladder. The area to be operated is firstly inflated by infusing carbon di-oxide gas, once done, the area is then monitored with the help of a laparoscopic camera which is connected to a high definition monitor. The images obtained nowadays from the 3D monitor gives an enhanced and a clear view of the affected areas, which makes operating them, much easier. The future of Laparoscopic surgeries looks extremely promising and encouraging. With the advancement in science, inclusion of technical gadgets in our day to day lives and expansion in Robotic science, make it quite clear that we are running towards a future which puts hefty reliance on technology. Medicine being no different is slowly but firmly catching up with the information and technology’s pace.

Laparoscopy is associated with a loss of natural hand-eye coordination because the work is viewed indirectly on a video screen. In the future remote handling technology will overcome the manipulative restriction in the current instruments.  There is no doubt 20 years from now some surgeons will be operating exclusively via a computer interface controlling a master–slave manipulator. If computer-controlled machinery can mimic the awareness, adaptability and knowledge of a human surgeon, such a takeover in the operating theatre is actually realistic. In the operating room of the future, physicians will use tiny high-tech tools to travel inside the body with dexterity and precision beyond imagining. The future is now But the future of any new technology depends upon how well the training is.

Although the potential of robotic surgery is just beginning but, progress may come quickly. Laparoscopic gallbladder surgery was first done 1987, but it became standard within five years. Just think about a surgeon ! He picks up this black box and waves it over your body, and you're fixed. How's that going to happen? One day a surgeon may use robotic devices to enter the body through its own orifices. They could carry medical instruments inside the body, where they would be manipulated by simple computer commands.

While modern laparoscopic surgery is a dramatic improvement over previous methods, present 2D image is not the vision of the future. Although even in present 2D imagge patient outcomes are generally better for procedures that can be done laparoscopically, there are many limits on what can be done that way. Improved technology will broaden the applicability of laparoscopic and other minimally invasive procedures. These technologies will make the procedures easier to perform and to learn, and improve patient outcomes. Although the technology to view and perform laparoscopic Surgery in 3D has been around for some 10 years, the problem had been in the projection of the stereoscopic image onto flat HD LCD screen. In the earlier experiences of 3D stereoscopic projection in laparoscopic surgery is future of Minimal Access Surgery in real 3D without spects. If 3D rendered the laparoscopic surgeon somewhat nauseous with glasses on their eye, although 3D tasks were being performed quickly and more accurately than 2D tasks, presently they are difficult to watch on the screen. The film industry helped to solve the problem of 3D image projection. Because stereoscopic laparoscopy surgery has been around for such a short time, there are still many unanswered questions about its use and application which will be solved in future. Within coming future of laparoscopy almost all laparoscopic procedures can be viewed stereoscopically, the surgeon simply wears glasses to create the sense of depth.

3D technology is at present nicely present in da Vinci robotic surgery without use of spects. 3D laparoscopic surgery is certainly a dynamic topic for all the laparoscopic instrument companies and future minimal access surgeons. As the laparoscopic cameras themselves become smaller, there is possible room for expansion into endoscopic procedures. But is 3D surgery still just a new gimic and the question is that: Is it yet another new technology destined for the future?

In future of laparoscopy virtual reality system will allow multiple users to become fully immersed in the same virtual environment at the same time so image of intra abdominal organs can be seen outside the abdomen in 3D environment. The present virtual reality systems display approximately one million pixels. It can deliver up to 16 million pixels per wall using more than one projector per wall. The usefulness and feasibility of an augmented reality visualization system for laparoscopic surgery is examined. This technology could enable laparoscopic surgeon to see inside abdomen, such as medical images, as well as the patient's 3-D anatomy, in the context of the patient rather than viewing a 2-D video monitor.

The major barrier to building an augmented reality system to assist laparoscopic surgery is having a way to acquire the internal geometry of the surfaces of the patient's organs intraoperatively in real-time for laparoscopic surgeon. Background about three-dimensional acquisition methods including detail of structured-light based triangulation methods are developing very fast. Structured light methods appear promising in minimal access surgery in future because they can be implemented in real-time and they can be scaled to the small size needed for laparoscopic surgery. The real-time laparoscopic environment poses a number of dificult technical challenges for image processing and hardware implementation.

These results of future imaging system of minimal access surgery demonstrate the potential usefulness and feasibility of augmented reality for laparoscopy. The long term potential of this technology is to allow laparoscopic surgeons an intuitive way to combine multiple data sources intraoperatively. This may give rise to new and improved laparoscopic surgeries in the future.