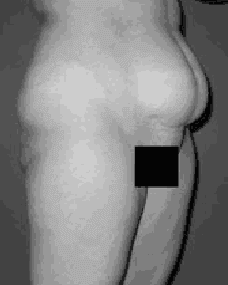 Distasis recti or Divarication of rectus is a very common occurrence in multiparous women, caused by repeated stretching of the abdominal wall through the gravid uterus. Diastasis recti is a separation between the left and right side of the rectus abdominis muscle, which provides coverage for the leading top of the belly area. A small proportion of patients have a persisting weakness which may be symptomatic and offer towards the surgeon for either open or laparoscopic surgery. In many situation surgeon would like to present an instance which, thus far, has already established an effective outcome from laparoscopic plication from the linea alba with or without mesh. The advantages of laparoscopic method are as for any laparoscopic versus open technique, especially improved time of recovery, reduced postoperative pain and wound infection.

The term diastasis means "separation" and also the rectus abdonimis muscle may be the center muscle. Muscle may become separated from the linea alba. It separates rectus abdonimis muscles right into a right and left side. Sometimes, as the baby develops as well as your abdomen expands, a small separation from the muscle in the dividing tissue can occur. For those who have this condition, they should not do the traditional Core exercises. Generally, women don’t have this separation throughout the first trimester, but when they experience any discomfort in this area, they want to ease up on the core exercises. Laparoscopic repair of diastasis recti has less described within the literature, ideally it should be done with the use of a mesh. In patient suffering from rectus diastasis cosmesis is often the primary concern of but other symptoms include discomfort, nausea and an increased chance of creating a midline or paraumbilical hernia is also not uncommon.

In pregnant women, increased tension around the abdominal wall can lead to diastasis recti. Multiple births or repeated pregnancies increase the risk of divarication of rectus. Ladies who are 12 or even more weeks pregnant should avoid aggressive abdominal exercises, which may worsen the condition. A diastasis recti looks like a ridge, which runs on the middle of the belly area. It stretches from the bottom of the breastbone towards the navel, and increases with muscle straining.

Diastasis recti or divarication of rectusis commonly observed in women who have multiple pregnancies, since the muscles have been stretched often. Extra skin and soft tissue in the front from the abdominal wall could be the only signs and symptoms of this condition in early pregnancy. Within the later part of pregnancy, the top pregnant uterus is usually seen bulging out of the abdominal wall. An outline of parts of the unborn baby may be seen in some severe cases. Signs and tests A doctor can diagnose this condition by performing a physical exam.

Generally no treatment is required for women that are pregnant with this condition of divarication of rectus. Exercise sometime helps in improving the condition. Umbilical hernia may occur in some cases. If pain is present, surgery may be needed. Operative repair for diastasis recti is controversial. Consequently, there aren't many studies assessing the effectiveness of surgical intervention. Reports on laparoscopic repair for divarication of rectus, however, are rarer still and it is usually the patients themselves who request treatment. 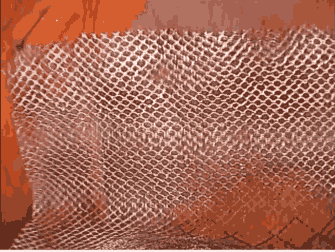 Even though surgery for diastasis is controversial, Preventive repair for cosmesis and restoring function of the recti muscles is good. The use of a prosthesis for the repair is mandatory to prevent recurrence. Extracorporeal Meltzer's knot or square knot can be used folloed by mesh application. The adequacy of repair can be assessed by measuring the IRD preoperatively and postoperatively with computed tomography (CT) scan. Laparoscopy provides all of the benefits of minimal access surgery. 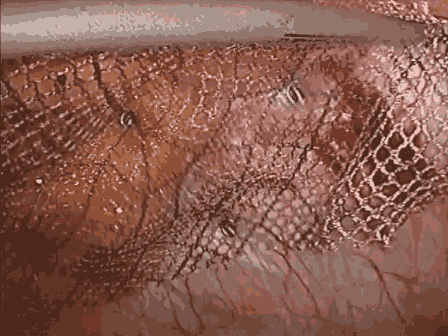 The defect should beplicated using No.1 nylon either by extracorporeal or sometime intracorporeal suture. After repair Gortex mesh is good to be placed using protack. Sometime transfascial suture can also be used to fix the mesh. In few patients we have used VIPRO mesh with good result.

Physical therapy sometime helps. Exercise should be done to stablize theknees bent, stabilize the recti muscles with hands, and patient should take a deep breath in, then slowly exhale. At the same time, patient should contract pelvic muscles, and raise head while keeping shoulders flat. As patient will lift his/her head, she should pull the separated muscles together with the hands. If patient have a large abdomen, wraping a sheet or large towel under body and pulling the ends inward as raising head is helpful.