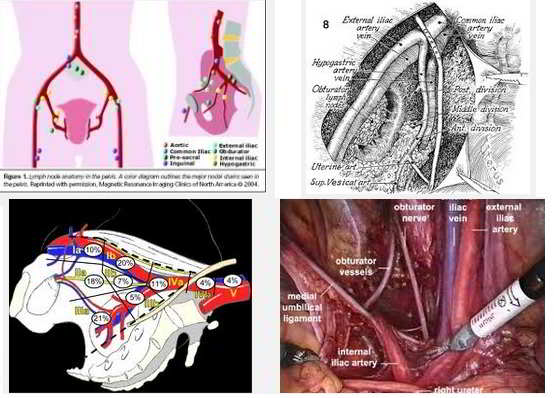 History of the Procedure

As a screening test for prostate cancer the introduction of prostate-specific antigen (PSA) created a dramatic shift or stage migration, which led to the diagnosis of prostate cancer in earlier stages of the disease. Due to this, more patients are now undergoing treatment for prostate cancer, exercising many different treatment options, including radical prostatectomy (open, laparoscopic, robotic), microwave thermotherapy, brachytherapy, intensity-modulated radiation therapy (IMRT), cryosurgery, external beam radiotherapy, and high-frequency ultrasound therapy.

In staging patients with prostate cancer at the time of diagnosis came down to a decrease in the need for pelvic lymphadenectomy. Nevertheless, for urologic surgeons pelvic lymphadenectomy remains an important piece of the cancer armamentarium. Despite great efforts in surgical technique of all the treatment options, radical prostatectomy remains an operative procedure that is associated with significant morbidity. Complications that result from these different treatment options, including urinary incontinence, impotence, and fecal incontinence, dictate a conservative approach in patients shown to have metastatic disease. In addition, decisions concerning nonsurgical treatment of prostate cancer using external beam radiation, brachytherapy, or adjuvant hormonal therapy may be altered in cases with microscopic metastatic disease. Thus, to exclude high-risk patients from non curative therapy and to stage high-risk patients at the time of prostatectomy performed robotically or laparoscopically are the goal of laparoscopic pelvic lymph node dissection (LPLND). Indications have been expanded to include the staging of bladder, penile, and urethral malignancies since the establishment of LPLND as a staging procedure in patients with prostate cancer. The presence of metastatic disease also has a tremendous impact on therapeutic choices in the other types of genitourinary cancers. 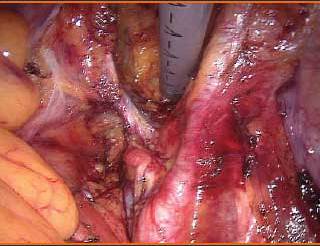 In the diagnosis of metastatic disease in numerous malignancies, Noninvasive imaging technologies such as computed tomography (CT), magnetic resonance imaging (MRI), and positron emission tomography (PET) scan can be useful. However, these imaging modalities are inadequate to reliably diagnose pelvic lymph node involvement in most patients with prostate cancer and can yield false-positive findings in the setting of infection or inflammation of the prostate after biopsy. For detecting metastatic spread to the pelvic lymph nodes Pelvic lymphadenectomy remains the standard criterion.

Removal of the common iliac, external iliac, and obturator lymph nodes are included in the other genitourinary malignancies that require pelvic lymphadenectomy often need a more extensive nodal dissection. Transitional cell carcinoma of the bladder with lymphatic spread often has an aggressive clinical course. As with prostate cancer, the most accurate way to definitively establish the presence of metastatic disease in the lymph nodes by noninvasive techniques to determine nodal status are inadequate, and pelvic lymphadenectomy.

Carcinoma of the penis has a characteristic pattern of nodal spread depending on the location and depth of the primary lesion. Laparoscopic extended pelvic lymphadenectomy may be used in the initial staging of penile cancer. For patients who meet the following criteria, Laparoscopic pelvic lymph node dissection in the staging of urethral cancer has been recommended: (1) preceding exenterative surgery in tumors of the proximal urethra, (2) radiologic evidence of pelvic lymphadenopathy not accessible to fine-needle aspiration biopsy, and (3) locally invasive distal urethral lesions. The use of laparoscopic pelvic node dissection for bladder cancer, urethral cancer, and penile cancer continues to develop, and further study is necessary to establish definitive indications.