Laparoscope is a flexible or rigid fiberoptic instrument, passed through a small incision in the abdominal wall and it is used in laparoscopy with other ports equipped with biopsy forceps, an obturator, scissors or the like, with which to examine the abdominal cavity or perform minor surgery.

What are the different parts of Laparoscope?

The Different Part of Laparoscopes are:

What is Hopkins Rod Lens System? 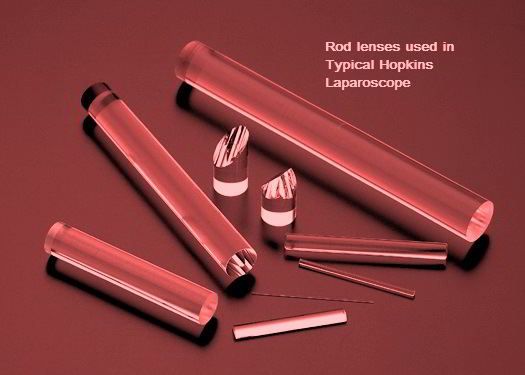 Hopkins has invented the rigid rod lens system use these days. Hopkins patented his lens system in 1959. Seeing promise in this system, Karl Storz bought the patent and in 1967 began to produce endoscopic instruments with a tremendously brilliant image and superb illumination. Hopkins rods fitted exactly the laparoscope tube, making the laparoscope self-aligning and requiring of no other support. It is autoclavable also.

These laparoscopes are much easier to handle and utilized the maximum possible diameter available. As with the fibroscopes, a bundle of glass-fibers would relay the illumination from a powerful external source. In laparoscope it is possible to give appropriate curvature and coatings to the rod ends and optimal choices of glass-types, it this technology all calculated and specified by Hopkins, the image quality is transformed. In Hopkins rod lens the light levels were increased by as much as eightyfold with no heat; resolution of fine detail of surgery is finally achieved; true colours were now available for laparoscopic surgery; and diameters as small as a few millimeters is possible. 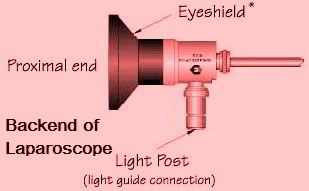 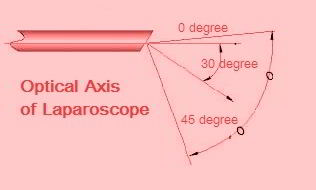 Telescopes or laparoscopes are available in various sizes and with various visualization capabilities to fit in any type of Minimal Access Surgery. For large telescopes use in laparoscopy to small used in cystoscopy there is several choices available from 13 mm to 2mm with Straight Forward 0 Deg. to 45 Deg.

Is Laparoscope a reusable instrument?

Most telescopes used in laparoscopic surgery are reusable instruments. There are some multi use-disposable telescopes also available in market which are as effective as the reusable. Some authors report the Surgiview* Zero Degree 10 mm laparoscope, although it is disposable but has been used as many as fifty times with the same effectiveness. These disposable laparoscope could benefit smaller medical centers with a limited number of telescopes or as an additional laparoscope.