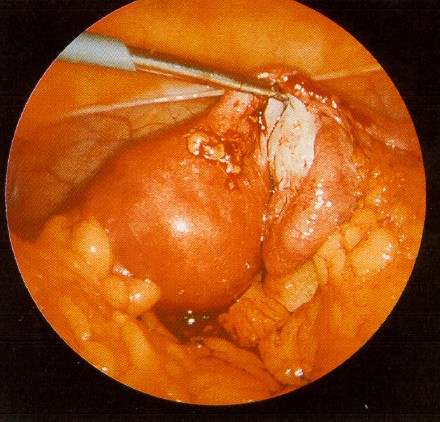 Some questions that generally asked by a Doctor:

What important thing should be noted during an examination:

When someone is having pelvic pain, try to do the exam a gently as possible. Since ultrasound will be in use, there is no need to press hard during the exam, and usually it can be done with very little discomfort in spite of the pain.

If you need a laparoscopy, it is important to have it done by a gynecologist who is an expert in both operative and diagnostic laparoscopy. There have been too many times in World Laparoscopy Hospital where we have had to perform a second laparoscopy because disease was either not treated at all, or was inadequately treated during a laparoscopy in which the surgeon was not prepared to treat the problem that was found.

A small probe placed inside the vagina makes pictures of the pelvic organs by using sound waves. This is a comfortable method, and takes only a few minutes. Many times the ultrasound will show cysts, fibroids, or other problems that cannot be felt on exam.

Notable suggestion, gynecologist should do the ultrasound him or herself at the time of the initial evaluation. Much information on the source of the pain is obtained that lost if someone else does the scan. In addition, it is far less convenient to send a woman elsewhere for a scan and then have to wait for the results, when the results are immediately available if the gynecologist does the ultrasound. It is also usually much less expensive for the ultrasound to be done by the gynecologist as compared to a hospital or other facility.

If a problem inside the uterus, such as a submucous fibroid is suspected, to look directly inside the uterus hysteroscopy can be done. This is usually a simple office procedure. Hysteroscopy may also show adenomyosis, which can cause severe pain with menstruation or even all month long.

If the pain is suspected of coming from the intestine or stomach, tell the woman to see a specialist in these areas for evaluation. This usually would be done prior to laparoscopy, even though endometriosis can cause intestinal problems.

What if no definite cause can be found?

It is important to develop a relationship with the patient so they can understand, negotiate and cooperate in our inability to identify a cause for the pelvic pain. The fact that a cause cannot be found does not make the pain any less real. To minimize the effect of the pain on her life, it is important to continue to work on ways.

Pelvic infection (Pelvic inflammatory disease, or PID) caused by chlamydia or gonorrhea need to be treated without delay. These infections often cause diffuse lower abdominal pain, and may or may not cause a fever. If an infection is suspected, treatment is usually begun without waiting for laboratory confirmation, since delay could result in serious damage to the pelvic organs. Unfortunately, the diagnosis of PID is used to explain any pain whose cause is not clear. As reported up to 50% of women given this diagnosis do not have PID but instead have other conditions. Laparoscopy, a procedure in which a little telescope actually examines the tubes and ovaries, may be necessary for an accurate diagnosis.

Pelvic pain, a problem indicated in this category that if not treated urgently will cause serious harm or death. One serious cause of acute pelvic pain is a ruptured tubal (ectopic) pregnancy. With a tubal pregnancy in many women will continue to have menstrual-like bleeding, so this possibility is not considered by them. Delaying the diagnosis of ectopic pregnancy is one of the most serious mistakes made in evaluation of pelvic pain in women. The only way to be sure not to miss this diagnosis is to presume everyone to be pregnant until proven otherwise! Since tubal pregnancies can sometimes be present for months, be sure to have a pregnancy test if you have had intercourse within the last 6 months! It’s easy to do Pregnancy test. The failure to diagnose tubal pregnancy is serious. Having seen enough women who "couldn't possibly be pregnant" with a positive pregnancy test, just do the test!

Non-gynecologic emergencies should also be considered. Pain from appendicitis often starts out near the belly button, and then moves to the right lower side. Inflammation of the colon can cause severe pain, as can kidney stones.

What else could require urgent treatment? Most ovarian cysts should not be treated urgently. Occasionally, an ovarian cyst will twist (undergo torsion) and cut off the blood supply to the ovary. If this is not operated on rapidly the ovary will die and need to be removed. Ovarian cysts can rupture, and cause internal bleeding that is serious if allowed to continue. Most of the time, however, if a cyst ruptures, no harm is done. There are few exceptions: certain types of cysts (dermoids) contain material that is very irritating, and will cause peritonitis if not treated urgently. Fortunately, only a very small percentage of ruptured cysts need any treatment at all.

On suspicion of any above emergencies, without delay you should call your physician. If you don't have your own physician then you should go to an emergency room. It is a good idea to have your own gynecologist, so that if a problem develops you can call someone who knows you, and whom you know and trust.