This is an on going social service project that was established in 2001 by Dr. R. K. Mishra to serve the needs of the poor and who can not afford laparoscopic surgery. Regardless of region, religion, cast, colour and race this service is for every person of the World who can not afford Minimal Access Surgery. Free Laparoscopic Surgical Camp founder Dr. R. K. Mishra is gracious for all the volunteers that help him in his efforts to bring free laparoscopic surgery to many of the little corners of India. 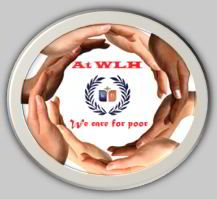 The life of a man consists not in seeing visions and in dreaming dreams, but in active charity and in willing service. 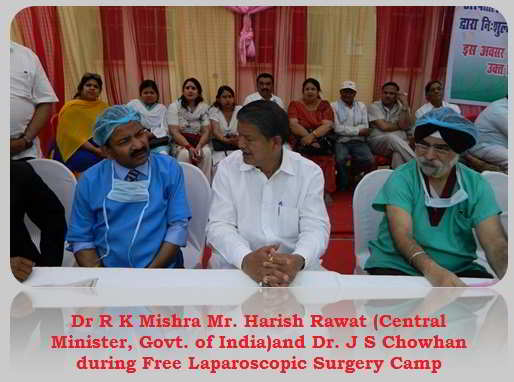 In India, government-provided Laparoscopic Surgery programs are insufficient in order to meet the requirements of the big population, and many times Minimal Access Surgical treatment can be acquired simply to those that can pay for it. Union Minister in Government of India Mr. Harish Rawat has invited Dr. R.K. Mishra for Organizing Free Laparoscopic Camp for Poor at many places. 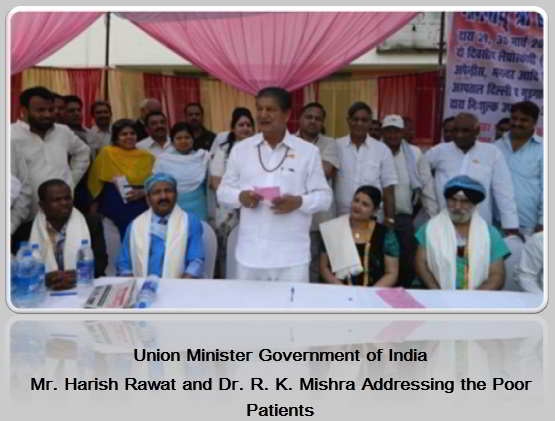 Each February, board member and surgeons of World Laparoscopy Hospital lead a small grouping of physicians and surgeons to go to different Government Hospital in India to conduct a free of charge Surgical Camp.

Dr. R. K. Mishra and Dr. J. S. Chowhan along with their colleagues examine countless indigent patients who visit the hospital and perform between 150 and 200 laparoscopic procedures in ten days, all free.

The surgical team of World Laparoscopy Hospital arrived at Roorkee, India on 29th of March 2013. The bus was loaded, with all the laparoscopic instruments. 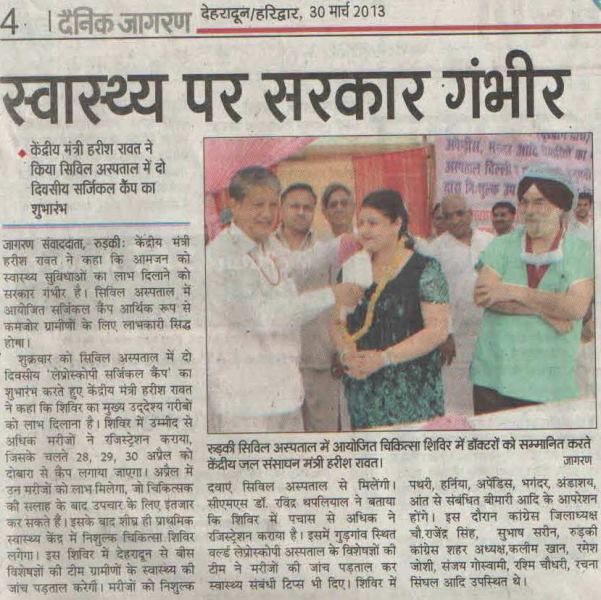 Upon arriving the Surgical Team went right to work unpacking the 12 duffle loaded bags of laparoscopic surgical instrument from the Gurugram and readying the operating room at Roorkee District Hospital which had not been used since our Free Surgical Camp last year for any laparoscopic surgery.

From morning the Surgical Team of World Laparoscopy Hospital started screening over 150 patients who were waiting throughout the day to be seen. We scheduled 6 people for that afternoon, under GA completed them while our team continued to screen patients for the rest of the day. We finished the screening clinic at 5PM, having seen all who were there.