What is femoral hernia?

It is a condition wherein the groin muscle weakens causing protuberance of the intestine. This can be noticed initially as unusual lump on the upper thigh or groin area. However, a femoral hernia is not a congenital defect. Hence, it is a condition that develops over time.

How can you distinguish a femoral hernia from inguinal hernia?

Hernia can be categorized depending on its location. If it is found over the inguinal ligament, then it is termed as “inguinal hernia”. If it forms below the said ligament, it is called a “femoral hernia”. Unfortunately, it is very hard to identify what type of hernia is present and you would need to consult a specialist to know it. In fact, many doctors find out the exact type of hernia present after surgery is conducted. 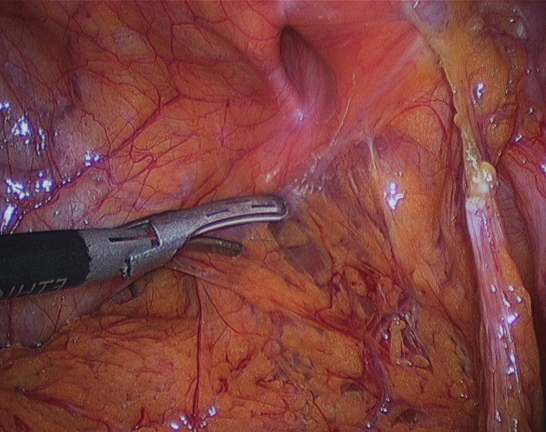 How is femoral hernia developed?

Femoral hernias are very common among women who have small body structures, specifically those who are thin. Such condition is also more prevalent among older women when compared to men and children. This can be caused by various factors but the most common ones are straining (both in passing out stool and urinating). Hence, it is also a common problem among persons who have prostate problem. Other predisposing factors include chronic cough and obesity.

When is surgery indicated in case of femoral hernia?

Incarcerated hernias are the ones that need surgery. It is a condition wherein the intestine got stuck in a reversed position. Though it does not require immediate surgical intervention in mild cases, it can become an emergency situation when it develops into a “strangulated hernia”. It is when the inside tissue that comes from the intestine does not receive its needed supply of blood leading to its death. Symptoms include severe pain, purple colored tissue and GIT symptoms (diarrhea, abdominal swelling, nausea and vomiting).

Why should one get hernia surgery done?

There are a number of reasons for advising repair.

In decreasing order worth focusing on they're:

How is the femoral hernia surgery performed?

The patient will undergo general anesthesia in both open or Laparoscopic Repair of Femoral Hernia. This can be done either as an outpatient or inpatient basis. A colon rectal specialist and a general surgeon are present throughout the procedure. Once the anesthesia takes effect, an incision is done on the side of the hernia. Within a general anaesthetic, three small incisions are available in the abdominal wall. The greatest could well be a vertical incision about 2cm just beneath the umbilicus. A tiny transverse incision in the superficial sheath with the rectus abdominus muscle, the only real cutting of muscle on this procedure, is manufactured plus a balloon dilating system is passed downwards for the pubic bone relating to the ab muscles and the lining with the abdomen, the peritoneum. The balloon is blown up separating the peritoneum from the muscle layer. This separates easily with little bleeding. The balloon is withdrawn after deflation and substituted with a tube-like structure referred to as a laparoscopic port. The area is inflated with CO2 as well as a telescope inserted in to the space. The abdominal cavity is not entered during this procedure, therefore greatly lowering the probability of harm to the abdominal organs or manufacture of adhesions. This becomes a portal for the laparoscope. Surgical instruments will also be inserted in another incision. The surgeon will then separate the hernia sac from the abdominal muscle, thereby correcting its anatomical position. The defective muscle will also be repaired by suturing it. If closing the hole with a suture will not suffice, a mesh graft will be employed. This will serve as a support to avoid recurrence of intestinal protrusion on the defective abdominal wall’s tissue. However the use of the mesh in Laparoscopic Repair of Femoral Hernia may be contraindicated for an individual who has a history of surgical implant rejection.

What are the challenges that surgeons encounter during the operation of Laparoscopic Repair of Femoral Hernia?

How long will the recovery take place after Laparoscopic Repair of Femoral Hernia?

Recovery after Laparoscopic Repair of Femoral Hernia may take place from 2-4 weeks. Utmost protection must be done postoperatively by applying pressure on the operative site.

What are the possible complications experienced after the surgery of Laparoscopic Repair of Femoral Hernia?