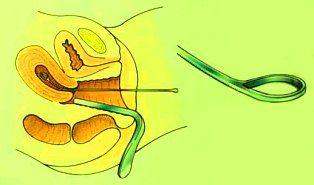 Dilatation and curettage (D & C) is really a gynecological process where the cervix is dilated and also the lining from the uterus called endometrium is scraped away.

D & C is generally carried out under general anesthesia, even though local or epidural anesthesia may also be used. Local anesthesia lessens risk and charges; however the woman will feel cramping throughout the procedure. The kind of anesthesia used often is determined by the reason behind the D & C. Throughout the procedure, a doctor inserts a tool known as a speculum to keep open the vaginal walls, after which stretches the opening from the uterus by placing a number of tapering rods, each thicker compared to previous one, or by utilizing other specialized devices. This method of opening the cervix is known as dilation.

When the cervix is dilated, problems position a spoon-shaped surgical device known as a curette to the uterus. The curette can be used to scrape aside the uterine lining. A number of small tissue samples in the lining from the uterus or even the cervical canal are sent for analysis by microscope to check on for irregular cells. Although simpler, more affordable techniques like a vacuum aspiration are rapidly replacing the D & C like a diagnostic method, it's still often accustomed to diagnose and treat numerous conditions.

D & C can be used to identify and treat heavy or abnormal bleeding in the uterus. Probable causes of irregular uterine bleeding contain:

If general anesthesia is going to be used, the individual is going to be directed to avoid consuming meals not less than 8 hours prior to the procedure. A doctor may order blood and/or urine tests to scan for several irregularities. Because opening the cervix could be painful, sedatives might be given prior to the procedure begins. Breathing along with other relaxation approaches might help ease cramping during cervical dilation.

D & C is usually carried out by an obstetrician/gynecologist, a physician that has finished specialized learning areas of women's overall health, pregnancy, labor and childbirth, prenatal testing, and genetics. Examples of the uterine lining might be delivered to a pathologist for analysis. A pathologist is a physician that has carried out specialized learning diagnosing of diseases from microscopic evaluation of cells and tissues. The healthiness of the individual and also the kind of anesthesia used decides the place where a D & C is conducted. The process is generally completed in a hospital with an outpatient setting.

The main risk following the procedure is infection. If woman experiences the following symptoms, she should report them instantly to her doctor, who is able to treat the problem with antibiotics:

D & C is really a surgical operation which has specific risks related to general anesthesia for example pulmonary aspiration without success intubation. Rare problems contain perforation from the uterus or puncture from the bowel or bladder. Extensive scarring from the uterus may take place after over-aggressive scraping during D & C, resulting in an ailment called Asherman's syndrome. The main signs of Asherman's syndrome are light or absent menstrual periods, infertility, and continual miscarriages. Scarring can be taken off with surgery in many women, although around 20%-30% of ladies will stay infertile after treatment.

Elimination of the uterine lining will usually cause no unwanted effects and could benefit a patient when the lining has thickened a lot it causes heavy periods. The uterine lining soon develops again usually, included in the menstrual period.

A female that has built with a D & C carried out inside a hospital can generally go back home exactly the same day or even the following day. A lot of women experience backache and moderate cramps following the procedure, and could pass small thrombus for a day approximately. Vaginal staining or bleeding may carry on for many weeks. Nearly all women can continue normal activities almost instantly. Patients should avoid intercourse, douching, and tampon use not less than fourteen days to avoid infection as the cervix is closing and also to permit the endometrium to heal completely.

There are a variety of options to D & C, with respect to the reason behind doing the process. Listed here are a few examples of procedures that permit doctors alternative methods for analyzing, sampling, or treating disorders from the inner lining of the uterus: