Da Vinci Robotic Surgical system is becoming the most popular way of doing surgery for the modern day surgeons. Due to the accuracy and precision in performing even the most difficult of the surgical procedures this surgical system is being relied on by many of the surgeons. Though, it is touted as one of the best way of doing the surgeries, now it is being criticized for many of the shortcomings that are being noticed in the system by those connected with the medical field. Many complaints are being lodged with the regulatory authorities informing them about the serious injuries and deaths that are caused during the surgeries conducted on the Da Vinci Robotic surgical system.

The Da Vinci Robotic surgical system is the brain child of Intuitive Surgical Incorporated in California, USA. In this surgical system the surgery is performed by a robot controlled by the Surgeon who views the progress of the surgery sitting before a monitor. The surgeon is able to move the arms and the camera using the console in the System. The claims of the Intuitive Surgicals that their system is the best for the performance of the surgeries is proved false due to the numerous problems that are cropping up during and after surgeries performed with the help of the Da Vinci Robotic Surgical System.

In the present days, we see that this system is put to use in many of the surgical situations for performing abdominal procedures, hysterectomies, lung operations etc. But it is causing lot of problems during the surgery and the most common among them being the devastating injuries that are caused by the system. It is very common to see that the system malfunctions and causes unnecessary and dangerous wounds to the patients. There are many cases that have been reported about the tear of muscles, complete cutting away of blood vessels and nerves by mistake during the surgeries that have been done with the System. 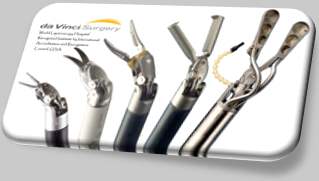 The greatest disadvantage of the Da Vinci Robotic Surgical System is that it is not safe to undergo any surgery done with this system. Now due to the continuous reporting of injuries and even deaths caused during surgeries conducted on the system now many of the Surgeons who have installed this system in their hospitals are wondering if the so called benefits of the system as advertised are highly exaggerated.

Yet another disadvantage of the Da Vinci Robotic Surgical system is that the Surgeons who are handling this system are not given the necessary training and guidance in conducting the surgeries with the System. It is very common to see that the surgeons with very little experience in using Robots and using automated tools for doing life threatening surgeries do it with very little to no properly structured training programs. Due to this, the standard of medical expertise that is exhibited by the surgeons comes down drastically endangering the lives of the patients at the surgery table.

Thus, the Da Vinci Robotic Surgical System has many disadvantages and is becoming more and more unsafe for the patients to undergo Robotic Surgery done with this system. Time to time FDA has waned also. Intuitive Surgical slashed its projection for growth in the number of procedures performed with its da Vinci surgery system, citing in part an FDA advisory last week about the risks of power morcellators to spread cancer. Intuitive Surgical says it expects the number of procedures performed with its machines to rise in a range of 2% to 8% in 2014, down from its previous guidance of 9% to 12% growth. Last week, the FDA discouraged surgeons and gynecologists from using cutting tools known as power morcellators to remove uterine growths called fibroids, which are a common reason for hysterectomies.

There is a risk that the tools can spread a hidden cancer, the FDA said. Intuitive Surgical doesnt make power morcellators, but gynecologists say its common to use Intuitives da Vinci robots to perform the initial parts of hysterectomies, then follow-up by morcellating with the hand-held tools. The FDA advisory is one of several factors pressuring use of Intuitives robots, including budget pressures being felt by hospitals, and greater numbers of Americans enrolling in high-deductible health insurance plans, Intuitive CEO Gary Guthart said in an interview. There is also ongoing debate about the cost-effectiveness and safety of the da Vinci robots, in part fueled by product liability lawsuits, analysts say.