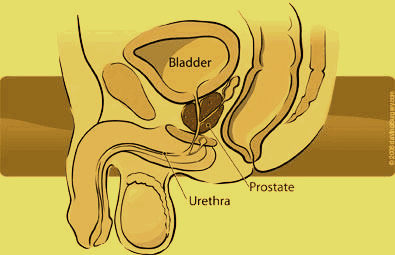 What is Da Vinci Radical Prostatectomy?

da Vinci Radical Prostectomy is a minimally invasive major surgery of the prostate done with the smallest incision made in the removal of the cancerous prostate gland as well as its surrounding tissues. It employs a modern technology in the world of surgery that comes with a surgical platform equipped with 3D, high definition vision. It is also designed with miniaturized surgical instruments that perform surgery beyond what a human hand can do. Hence, this procedure is often termed as a “robotic” surgery. However, your doctor still has the full control of the instrument during the entire operative procedure.

What are the advantages offered by this da Vinci Radical Prostectomy procedure?

With the removal of the entire prostate, there is greater chance of cure from prostate cancer. This is considering the fact that prostate cancer is localized with no distant metastasis or regional lymph node. The operative technique of Da Vinci Radical Prostatectomy also speeds up the return of normal sexual and urinary function. Reports show that patients who underwent this type of procedure have earlier return of erectile function compared to open surgery approach. They have also resolved urinary incontinence in as fast as 6 months post operatively after da Vinci Radical Prostectomy. Other benefits from this type of surgery includes fast recovery, shorter hospital stay, less pain, less blood loss, shorter period of catheter insertion required, less need to undergo blood transfusion, lesser risks of wound infection and lesser possible complications. 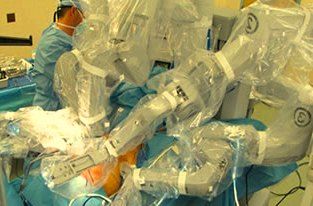 Recent studies show more patients have full return of urinary continence within 6 months as compared to patients having open surgery. In Summury advantage is:

How is the procedure of da Vinci Radical Prostectomy performed?

After the anesthesia has been inducted, a carbon dioxide will be introduced the patient’s abdomen, creating an open space to increase the surgeon’s visibility. Once enough open space is created, the doctor will incise 6 small openings, 2 on each side and one below the umbilical area in a downward arch position. These openings measure around ¼ – ½   inch each. Ports will also be inserted in them to keep them open. This is where the endoscopic camera and the surgical instruments will be inserted. Using Da Vinci’s miniature surgical instruments and video camera, the surgeon will dissect the prostate gland as well as its adjacent tissues. The doctor will also preserve the nerves on the patient’s prostate gland if possible in da Vinci Radical Prostectomy. After the operation was done, the small incisions will be closed back using bandages and sutures.

What can be expected postoperatively after da Vinci Radical Prostectomy?

After da Vinci Radical Prostectomy surgery, you will wake up with a catheter attached. You will also spend a night in the hospital to recover from the effect of anesthesia. However, expect to experience pain when the effects of the anesthesia wear off.  However, the doctor anticipates this to happen; hence an analgesic will be prescribed beforehand. You will also slowly be allowed to assume a sitting and standing position and be advised to walk around when you are able to. The catheter will also stay in place for a week. Hence, you will receive instructions how to keep it functioning properly.

Will the patient be put to bed rest a week after the da Vinci Radical Prostectomy?

The doctor will usually advise the patient to have plenty of rest after da Vinci Radical Prostectomy. However, one will be encouraged to walk frequently. Though others experience fast recovery, heavy lifting and straining must still be avoided a month after the surgery. This is to ensure that the patient will be completely healed from the operation of da Vinci Radical Prostectomy.