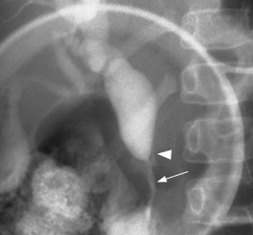 However, although the surgeons have been fascinated by the particular non-invasive process of Laparoscopic Cholecystectomy, their main hurdle had been CBD stones. It's been estimated which about 10% of all patients along with gall stone disease also provide CBD stones. So, the surgeons had to take into account the method to diagnose CBD stones - pre, intra and post operatively and the way to deal with them in a minimally invasive method.

In 1991, Spaw, Reddick and Olsen released the first description of Laparoscopic-guided Cholangiography. Even so, though officially feasible, this process had been usually hard to conduct with the instruments offered at that point. Therefore surgeons relied heavily on preoperative methods of detecting CBD stones for example ERCP (endoscopic retrograde cholangio-pancreatography). When the CBD stones were found pre- operatively, then the surgeons strongly advised patients to endure endoscopic sphincteroscopy with stone extraction before embarking >on laparoscopic cholecystectomy.

Thus the era of Laparoscopic Cholecystectomy began more than two decades ago. In those times the diagnosis and management of CBD stones has evolved.

The diagnosis and management of CBD stones can be made:

Pre-operative Diagnosis as well as Management Of CBD Stones

Majority of patients along with persistent popular bile duct stones can be easily identified just before surgical intervention.

Within the following situations the surgeon would like to confirm the presence of typical bile duct stones.

Intra operative proper diagnosis of cbd stones can be created by

Intra surgical cholangiogram is easily the most generally performed imaging modality to identify typical duct stones. This method of performing laparoscopic cholangiography is essential as it is the first step if a person needs to go for laparoscopic trans-cystic or common bile duct exploration. Intra operative ultrasound can also be accustomed to detect stones in the common bile duct. For ultrasound of the biliary tree, high frequency probes, in the 7 to 10 MHz range.