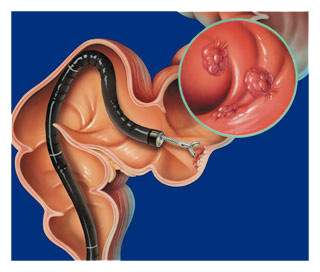 What bowel preparation steps are participating prior to the colonoscopy?

Exactly why is bowel prep important?

A patient’s bowel must be clean so that his/her doctor can thoroughly analyze colon. Many patients believe the bowel prep is the most difficult a part of a colonoscopy. But it is important that patient should try very best to completely complete the preparation.

Inform physician what medicines a patient is taking, especially aspirin products, arthritis medications, anticoagulants, clopidogrel, and insulin or iron products. Most medications can be continued. Some can hinder either the prep or the colonoscopy.

What decides the kind of prep a patient get?

A patient medical problem is an essential factor in deciding which type of bowel prep is best for him/her. Inform doctor if she is pregnant or breast feeding, or if a patient has past bowel obstruction. Let the physician know if a patient has high blood pressure. Also, point out if he/she has any heart, kidney or liver disease, or for those who have had these diseases in the past. Patient has to mention any allergies he/she has with medicines to the physician. For those who have had difficulty with bowel prep previously, be sure to mention this too. Additional factors in choosing the kind of prep are the time of the colonoscopy appointment, individual preferences.

Do you know the kinds of bowel prep?

Various kinds’ bowel prep medicines are available; both medicines used most often in bowel prep are described. A patient’s personal doctor may suggest one of these simple or other preps which are available. A patient will need to carefully follow his/her doctor’s instructions concerning the exact dose and timing of the prep.

What are the common unwanted effects of bowel prep?

The type and severity of side effects vary among patients. Additionally they vary using the item used. Some patients have nausea, vomiting, bloating, or abdominal pain. A prep may cause kidney failure, heart failure or seizures, but this is rare. Patient’s doctor will show the possible side effects of the prep selected for him/her personally.

Let's say patient forget to consider the medicine when he/she should, or remember too late to complete the prep?

Call your physician and ask how to proceed if a patient is not able to total the bowel prep as advised.

Polyethylene glycol; Electrolytes oral solution may come as a powder to be combined with water before use. They are available only by doctor prescribed and are taken by mouth. Although given in a greater volume than other items used in bowel prep, PEG-based products are often preferred for patients with kidney, heart and liver conditions. The reason is that they do not cause mineral or fluid changes that can lead to dehydration. Sodium phosphate comes in tablet form to be taken by mouth as well as a prescription. In rare cases, sodium phosphate can cause kidney failure. Physicians consider this when deciding if sodium phosphate is appropriate for any given patient.

It is extremely essential that patient’s colon be thoroughly cleaned before colonoscopy. This can allow physician see any abnormalities, such as colon polyps, throughout the procedure. Polyps are small growths in the colon that may later become cancer. Cleansing the colon before a colonoscopy is called bowel preparation, or “prep.” It calls for taking medicine that triggers diarrhea, emptying the colon. The drugs are taken orally, and are available in liquid or tablet form. Additionally, patient will need to change that which he/she eat during the day or two prior to the colonoscopy.