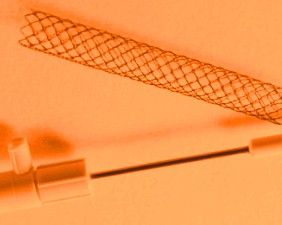 A biliary stent is really a plastic or metal tube that's placed right into a bile duct to alleviate narrowing from the duct this is referred to as bile duct stricture.

Biliary stenting can be used to deal with interferences that exist in the bile ducts. Bile is really a material that can help to digest fats and it is made by the liver, secreted with the bile ducts, and kept in the gallbladder. It's released to the small intestine following a fat-containing meal continues to be eaten. The discharge of bile is managed with a muscle known as the sphincter of Oddi available at the junction from the bile ducts and also the small intestine. There are a variety of conditions, malignant or benign, that may cause strictures from the bile duct. Pancreatic cancer is easily the most common malignant cause, then cancers from the gallbladder, bile duct, liver, and enormous intestine.

A biliary stent is really a thin, tube-like framework which is used to aid a shortened the part of the bile duct and stop the reformation from the stricture. Stents might be made from plastic or metal. Two of the most common methods which are accustomed to place a biliary stent are endoscopic retrograde cholangiopancreatography (ERCP) and percutaneous transhepatic cholangiography (PTC).

ERCP is definitely an imaging method accustomed to diagnose diseases from the pancreas, liver, gallbladder, and bile ducts that also offers the benefit of getting used like a therapeutic device. The endoscope is placed right into a patient's mouth, down the esophagus, with the stomach, and to the upper the main small intestine, until it actually gets to the location in which the bile ducts empty. At this time a little tube known as a cannula is introduced with the endoscope and accustomed to inject a contrast dye to the ducts; the word retrograde refers back to the backward direction of the dye. A number of x-rays are then taken since the dye moves with the ducts.

When the x-rays show that the biliary stricture prevails, a stent might be positioned right into a duct to alleviate the blockage. To do this, special tools are placed to the endoscope along with a sphincterotomy is conducted to supply use of the bile ducts. In some instances, the biliary stricture may first be dilated utilizing a thin, versatile tube known as a catheter, then a balloon-type device that's inflated. The stent will be introduced to the bile duct.

PTC is comparable to ERCP for the reason that the exam can be used to identify and deal with obstructions impacting the flow of bile in the liver towards the gastrointestinal tract. The process is usually restricted to patients who've gone through not successful ERCP. A thin needle can be used to inject a contrast dye with the skin and to the liver or gallbladder; x-rays are taken as the dye goes with the bile ducts. If patient’s biliary stricture becomes obvious, a stent will then be placed. A hollow needle is introduced to the bile duct, along with a thin guide wire introduced to the needle. The wire is guided towards the section of obstruction; the stent is advanced within the wire and put into the blocked duct.

The speed of significant problems with ERCP is around 10%, and 5-10% with PTC. Stent occlusion happens in as much as 27% of patients, and stent migration in as much as 7%. Recurrence of biliary stricture happens in 15-45% of patients after a typical time of 4 to nine years.

Just before ERCP or PTC, the individual is going to be directed to avoid eating or drinking not less than 6 hours to ensure the stomach and upper part of the intestine have the freedom of food. Problems ought to be notified in regards to what medicines the individual takes and when the individual comes with an allergy to iodine that is based in the contrast dye. Antibiotics are going to be started just before surgery and carried on for a few days afterward.

Biliary stenting is generally carried out within the x-ray department of the hospital or outpatient facility in consultation of having a general doctor, a gastroenterologist is really a physician who focuses on diagnosing and treating diseases from the digestive tract, and/or an interventional radiologist is a physician who focuses on treating medical disorders utilizing specific imaging techniques.

In additional than 90% of patients, the position of the biliary stent reduces the blockage and enables the bile duct to empty properly.

Following the process, the individual is monitored for signs of problems. Regarding ERCP, the individual usually remains in the hospital or outpatient facility before results of the sedative fade away and also to make certain no complications occur. After PTC, the individual is directed to lie on his / her right side not less than 6 hours to lessen the chance of bleeding in the injection site. To ensure the stent is functioning properly, the individual is going to be frequently evaluated for symptoms that show the recurrence of biliary stricture. These signs or symptoms include alterations in stool or urine color, jaundice, itching and irregular liver function tests.

The main option to biliary stenting is surgical repair from the stricture. The most typical technique is resection from the narrowed area then the advance of an association between patient’s bile duct and also the middle part of the little intestine which is known as a choledochojejunostomy or even the hepatic duct and also the small intestine. Surgical stricture repair leads to relief from 85-98% of patients and it is of a safe of difficulties.