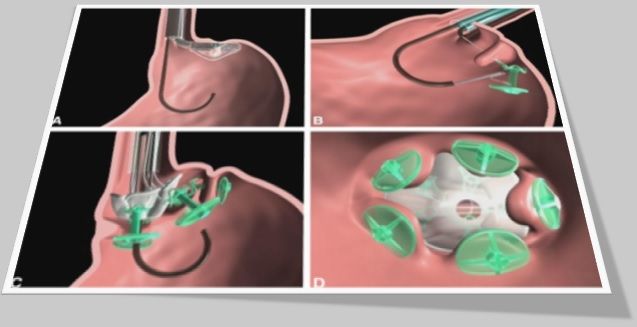 Gastroesophageal reflux disease (GERD) is a chronic digestive disease that occurs when stomach acid or, occasionally, bile flows back (refluxes) into your food pipe (esophagus). The backwash of acid irritates the lining of your esophagus and causes GERD signs and symptoms. Signs and symptoms of GERD include acid reflux and heartburn. Both are common digestive conditions that many people experience from time to time. When these signs and symptoms occur at least twice each week or interfere with your daily life, doctors call this GERD. Most people can manage the discomfort of heartburn with lifestyle changes and over-the-counter medications. But for people with GERD, these remedies may offer only temporary relief. People with GERD may need stronger medications, even surgery, to reduce symptoms.

In other words, frequent attacks of acid reflux may be a sign that you are suffering from a disease called gastroesophageal reflux disease (GERD). Unlike most heartburn or acid reflux, GERD is not simply the result of eating the wrong types of food. Rather, it is due to weakness in the muscle of the valve which separates the esophagus from the stomach (the LES). GERD sufferers therefore do not usually get better and typically have to resort to lifelong medication. This disease, if left untreated, can lead to serious conditions such as esophogeal ulcers and bleeding, or even cancer of the esophagus. Symptoms can include not only acid reflux, but also coughing, aspiration, or even hoarseness. People suffering from GERD are advised to first try conservative options, but many don't realize that there are, in fact, surgical procedures which can be the best solution in the long run. It is a major public health problem, with 20% of the adult population reporting weekly heartburn symptoms. Severe GERD is a major risk factor for esophageal adenocarcinoma. Treatment options for GERD consist of medications that reduce acid secretion (antisecretory agents), antireflux surgeries devised to restore the normal anatomy of the gastroesophageal junction (GEJ) and, more recently, endoscopic interventions.

The antireflux barrier at the GEJ is anatomically and physiologically complex, which makes it vulnerable to a number of potential mechanisms of reflux. The two main patterns of lower esophageal sphincter (LES) dysfunction are hypotensive LES and pathological transient LES relaxations (tLESRs) . Anatomic disruption of the GEJ, commonly associated with a hiatal hernia, is another mechanism that contributes to reflux disease by impairing LES function. tLESRs account for a majority of reflux events in individuals with normal LES pressure and mild reflux disease. The frequency of tLESRs increase with progressive gastric distension, particularly in patients with GERD and hiatal hernia. Low LES pressure and hiatal hernia are the predominant mechanisms for patients with severe reflux disease.

Medical therapy is chronic and long-term for patients suffering from GERD, particularly for patients with erosive esophagitis; over 80% of patients will relapse if antisecretory therapies are terminated. Thus, the same medication that induces remission is usually required in the same dosage to maintain remission. Antisecretory agents, however, do not address the underlying pathophysiological issues of GERD (ie, LES dysfunction and hiatal hernia).

Advances in endoscopic technologies have introduced new therapeutic options for GERD. Since 2000, the Food and Drug Administration (FDA) has approved several endoscopic devices for clinical use. These treatment modalities can be categorized into three groups: radiofrequency ablation of the GEJ with the Stretta catheter ; suturing of the GEJ using either mucosal sutures with the EndoCinch device or full thickness suture placement with the NDO plicator; and finally, injection of bulking materials into the distal esophagus with the Enteryx polymer.

The first endoscopic antireflux device that was approved by the FDA was the EndoCinch device. The procedure is called an endoluminal gastroplication, where mucosal plications or pleats are created in a circumferential or longitudinal fashion on the gastric side of the GEJ. The procedure takes between 30 min and 60 min to perform, depending on the number of mucosal plications placed and the experience of the endoscopist.

Anatomical and physiological evaluations of the LES after endoluminal gastroplication have been performed to understand the antireflux mechanism of the procedure. Functional changes in the LES in patients with GERD were investigated by Tam et al . They found that the placement of two circumferential sutures 1 cm below the GEJ led to an increase in LES pressure. The 24 h esophageal acid exposure was also reduced, as well as the frequency of tLESRs six months after the procedure. The mucosal sutures were found to induce focal smooth muscle hypertrophy in the distal esophagus in patients with GERD, as well as in a swine model. A two-year follow-up study reported that 52% of patients remained symptom free; although esophageal acid exposure was significantly reduced, normalization could not be achieved in the majority of patients. In a nonrandomized study comparing transesophageal endoscopic plication with laparoscopic fundoplication, endoscopic suturing achieved good results; however, more studies would be needed.

Full-thickness plications can be created using the NDO plicator. This is the first endoscopic treatment method that demonstrated significant improvement in esophageal acid exposure compared with the sham group . Complications seen in 78 patients who underwent the Plicator procedure included two patients with pneumoperitoneum and one patient undergoing exploratory laparoscopy three months later. Studies on the mechanism of action for the Plicator procedure are limited.

Temperature-controlled radiofrequency ablation of the cardia using the Stretta catheter was the second antireflux procedure approved by the FDA. For the Stretta procedure, a probe is positioned at the GEJ and the radiofrequency energy is delivered circumferentially to the distal esophagus and the gastric cardia. The procedure takes 40 min to 60 min to perform.

The antireflux mechanisms of the Stretta procedure have been shown to be related to increased gastric yield pressure in a botox-treated swine model and a reduction in postprandial tLESR, as well as a trend toward lower tLESR induced by gastric air distension in patients with GERD. Three-year follow-up results showed that 60% of patients who had more than 50% reduction in proton pump inhibitor use showed improvement in esophageal acid exposure.

Injection of bulking agents into the muscularis propria layer of the distal esophagus is the third endoscopic approach for patients with GERD. This results in a polymer precipitating in the muscle layer. The mechanism of action is believed to be due to decreased distensibility of the cardia and increased yield pressure. A two-year follow-up study showed that 67% of patients who were off proton pump inhibitors had a 31% reduction in esophageal acid exposure. In 2005, Enteryx was withdrawn from the market by the manufacturer following reports of serious complications associated with the injection procedures.

One of these procedures is fundoplication, which is aimed at correcting gastresophageal reflux by creating a new functional lower esophageal sphincter (LES). Fundo refers to the part of the stomach that is closest to the opening of the esophagus, and plication means the gathering and suturing of one tissue to another. This involves a minimally invasive surgical procedure to tighten the valve between the stomach and the esophagus. Many GERD sufferers also have a hiatus hernia, and this can be corrected during the same operation. Patients who have undergone this procedure may no longer require medication or have further reflux symptoms, and the success rate is reported to be about 96%. The procedure can be performed by either traditional open surgery or laparoscopically. The disadvantages of traditional surgery, however, are that it is invasive and may leave unsightly scars, and that it requires 7 - 10 days in hospital as well as a 4 - 6 week recovery period. Laparoscopic and endocscopic procedures, on the other hand, are carried out through very small incisions, using new technology and highly specialized instruments, and require only 1 - 2 days in hospital, with about a one week recovery period.

The main concerns about all endoscopic antireflux modalities are related to long-term clinical efficacy and safety. Although GERD is a common disorder, adverse events from medical therapy is rare. Serious complications, including death, have been reported with the use of Stretta catheter and Enteryx polymer injection.

It would be reasonable to conclude that endoscopic antireflux therapy is still in the preliminary developmental stage, with significant uncertainty with respect to the clinical efficacy and safety for patients with GERD. The relative efficacy of endoscopic treatment is unclear compared with medical and surgical therapy. Therefore, most gastroenterologists in practice do not yet need to learn the techniques of endoscopic antireflux treatment.

Both techniques improved symptom score, acid regurgitation, quality of life, and reduced the requirements for PPIs. The control of heartburn and acid reflux was better for LNF. TEP, like LNF, is a safe and effective method of management of symptomatic GERD but further developments are necessary to ensure control of esophageal acid reflux.