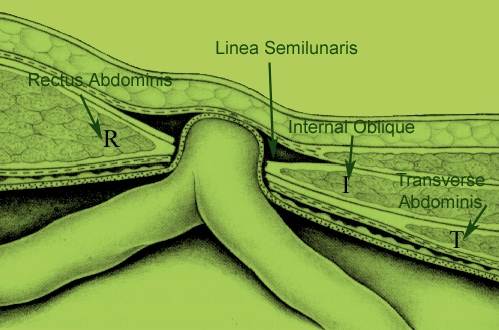 What is Laparoscopic Spigelian Hernia Repair?

What are the common approaches used in Spigelian Hernia Repair?

How is the conventional method done for Spigelian hernia?

This approach is done by doing a transverse incision over the protuberance. The peritoneal sac is also exposed by incising the external oblique aponeurosis following the course of its fibers. Though the sac is usually filled with omentum, it can also be a part of the stomach, appendix, gall bladder or ovary. The abnormal opening on the hernial orifice is corrected by using prosthetic patch or sutures above the fascia or on the pre-peritoneal space.

How is the Spigelian hernia endoscopic approach done?

This is otherwise termed as IPOM or “Intraperitoneal Onlay Mesh Repair”. This method requires an open technique. This necessitates the use of a Veress needle to have the needed intraperitoneal access. The goal is to locate the hernia orifice and create ports with 10 cm distance away from the affected area. These form an arch around the hernia. The Spigelian hernia sac will be reduced of its contents before adhesiolysis is done. Synthetic mesh and sutures will also be employed. 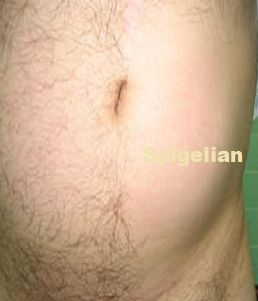 This is otherwise termed as “TEP”. It is done employing 3 midline ports. This is performed by creating an extraperitoneal space either through a balloon or an open access. Once the sac is identified, this will be completely reduced. A mesh overlap will be used by dissecting the peritoneum over the arcuate line creating a margin of 5 cm over the hernial defect.

How long will the operation of Spigelian hernia take?

This procedure of Spigelian hernia can be done in as short as 2 hours. And majority of patients who underwent such procedure are allowed to go home 48 hours postoperatively.

What type of anesthesia is used during the procedure of Spigelian hernia?

What are the possible complications of this procedure of Spigelian hernia?

The laparoscopic repair of spigelian hernia may lead to infection, bleeding or adverse reaction to anesthesia. However, this only happens in rare cases. Spigelian hernias are clinically elusive often until patient suffer from complication and strangulation occurs. Ultrasound examination of the semi lunar line is very simple and accurate method of diagnosis of spegelian hernia. Laparoscopic Surgery should always be advised by the surgeons once they see the patient. Apart from the discomfort these hernias cause, they strangulate frequently and hence should be repaired as soon as it is diagnosed.

Will there be chances of recurrence of Spigelian hernia after the operation?