Minimally invasive technique for ovarian transposition (oophoropexy) can offered to any age premenopausal women with Hodgkins disease ,brain tumors ,cervical ,vaginal ,and others whose under going total Lymph Node Irradiatation (TNI) deliver as a dose of 200-400 Centigray (CGY) It is safe and effective procedure for ovarian function preservation with pregnancy rate of nearly 90% .If minimal or no Chemotharpy used .

The aims of this review is to evaluate is effectiveness and safety of Laparoscopy Oophoropexy in Fertility preservation. The following parameters where evaluated .ovarian function .pregnancy rate .Premature Ovarian Failure (POF) and discuss limitations of others fertility preservation methods .

A literature search was performed ,using midline and search engine Google ,the following search terms where used "Laparoscopic Oophoropexy In cancer" .Fertility preservation in cancer, 300 citation, found in total. Selected papers were screened for further references . Criteria for selection of literature were number of cases (excluded if less than 15),methods of analysis (statistical or nonstatical) operative procedure (only accepted procedure were selected and institution where the study was done (specialized institution for good Laproscopy Surgery).

Minimal access surgery has been proved to be a useful surgical technique .New standards have been established for various indications, patients comforts is a greater consideration in 21 st century .The acquisition of recent technology and skill now a allords a better choice of mode of surgery .this documents reviews the recent advances in technique applicable to Laparoscopy Oophoropexy, examines a literatures, and suggest guidelines for Oophoropexy in patients with cancer.

Laparoscopic Oophoropexy is being done at the time when; Laparoscopy surgery has shown definite benefit over open technique which is done only when open surgery is indicated for staging of the cancer or when chemotherapy is used .

Laparoscopy Oophoropexy is now a gold stander for younger girl and premenopausal women who is going for total Lymphnode Irradiation (TNI) and has virtually nearly replace open Oophoropexy .still numerous factors need to be in the deciding the ideal and most appropriate surgical technique .

It is important the patients care physician should understand the available methods to preserve fertility in cancer patients and communicate this information to the patients.

In paedeatric Minimal Access Surgery (MAS) has lagged behind because fertility may be the last thing on most physician mind when they are facing a younger girl who has just been diagnosed with cancer but now is rapidly expanding since a grater number of young patient who survive and living healthy wants to conceive later and this become an important issue . 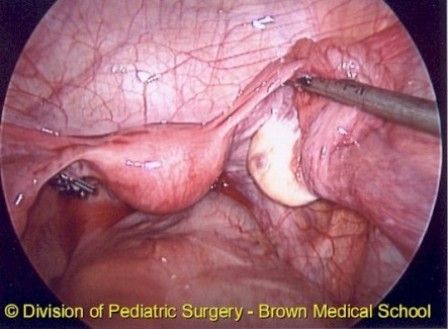 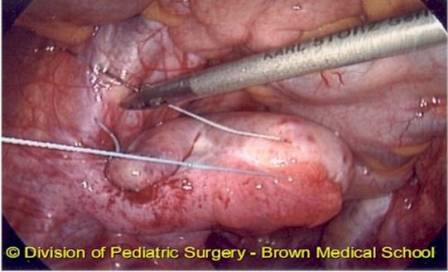 Effect of a irradiation on ovarian follicle

Serum FSH and LH rise within 4-8 weeks after exposer .

Degree of damage and suppression of ovarian function is related to the patient age and the dose of irradiation delivered to the ovaries .

Schiman et al found that a younger age at transplantation predicted return to ovarian function and this is confirmed in number of studies.

Irradiation has invariably results in premature ovarian failure (POF) unless the ovaries transplanted out of the field.

Many studies indicated that the cut off for radition- induced ovarian failure is around 300 cetegray (CGY) 11%-13% of patients have ovarian failure if exposed to radition below 300 CGY versus 60%-63% if above that value .

No deleterious in young women. some risk for sterilization in women older than 40

In women age 15-40 ,60%-70% permanently sterilized .reminder may experience temporary amenorrhea. No data available for women over 40.

Prepurbertal girls seems less susceptible than young women to cytotoxic drugs .depending on the type of chemotherapy used some alkylating agent such as cyclophosphmide is permanently damage the gonad and others like 5-flurouracil -etopside-doxorubician do not induce permanent ovarian failure and if this later agent used with irradiation to cancer patient Oophoropexy can be done with it .

The procedure should be simple -safe -minimal invasive

when the ovaries are transpositioned out of the field of irradiation the ovarian dose is reduced to approximately 5%-10% of that in untransposed ovaries which receive 100 % radiation dose .

In lateral ovarian transposition .the ovary is mobilized with its blood vessels to the paracolic qutters.

Bidzinski{13) confirmed that ovarian function was preserved if the ovaries were transposed at least 3cm from upper border of the field or above the iliac crest with care to ovarian vessels from injury .when vaginal and cervical cancer are treated with brachytharapy laparoscopic Oophoropexy can be performed under the same anesthesia .interestingly in his study 89% of pregnancy spontaneous 75% occurring without ovarian repositioning (repositioning only in case of infertility )11% of those patient conceived with IVF(22)

Covens [13] and Swerd [ 23] confirmed that there were no excess cases of still birth ,low birth ,congenital malformation ,abnormal karytype or cancer in offspring of women Treated with laparoscopic Oophoropexy .

Some consideration during the procedure

It is more common with open Oophoropexy than Laparoscopic (4.9%-7.6%) versus (1%-5.2%) and to avoid its occurrence Laparoscopic Oophoropexy should be done just before the start of irradiation

These include cryopreservation of oocytes, embryo and ovarian tissue

Some of these techniques like cryopreservation of oocytes have significant increase in ovarian preserving function and success report with recent introduction of technical modification but still many cryo damage occur.

Laparoscopic Oophoropexy that is done immediately before pelvic irradiation is safe and very effective in preserving ovarian function in nearly all patients with Hodkins disease some gynecological cancer and others who are to under go total lymphatic irradiation and receive minimal or no chemotherapy compared with high risk of ovarian dysfunction seen in girl who did not under go Oophoropexy.