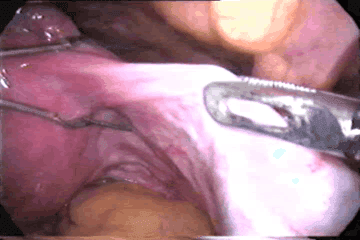 What are the Indications of LAVH ?

The most common medical reasons for performing hysterectomies include uterine fibroids (30 percent of cases), abnormal uterine bleeding (20 percent), endometriosis (20 percent), genital prolapse (15 percent), and chronic pelvic pain (about 10 percent). For most of these conditions, other treatments should first be considered, and hysterectomy should be reserved as a last resort.

What are the benefits of LAVH ?

LAVH result in a significantly shorter hospital stay, with a much more rapid return to normal activities, than TAH (Total Abdominal Hysterectomy). The drug requirement to control pain and the level of pain, patients experienced were also significantly less. Blood loss is not different for the two procedures.

Postoperative recovery times and pain levels were assessed in 37 patients with a primary complaint of pelvic pain and diagnoses of fibroid uterus, adenomyosis, and severe endometriosis who underwent LAVH (Laparoscopic assisted vaginal hysterectomy). Women reported an activity level of 8.7 on a scale of 1 to 10 (10 no limits on activity) by postoperative day 14. In another study those undergoing abdominal hysterectomy had a mean uterine weight of 418 g compared with 150 g for those undergoing LAVH (Laparoscopic assisted vaginal hysterectomy). The hospital stay after abdominal hysterectomy was 4.5 days and after LAVH 2.5 days. An important public policy issue now confronts us. As it is currently performed, LAVH is more expensive than TAH (Total Abdominal Hysterectomy). The issue is whether the benefits of shorter convalescence and faster return to the work force, shorter hospitalization, and less need for narcotics for postoperative pain outweigh the disadvantage of the higher cost. If total health care system costs are evaluated, the short-term disability costs of 2 weeks of recovery after laparoscopic hysterectomy should be compared with disability costs of 6 to 8 weeks of recovery after abdominal hysterectomy. The woman who returns to work 4 to 6 weeks earlier is producing.
For LAVH to be economically viable compared with TAH, savings in disability costs and the increased contribution to the gross domestic product must offset the increased health care costs.

In the current system, insurance companies and hospitals do not share in these benefits, only the costs. The economic impact of laparoscopic surgery must take into account both the cost to the hospital and insurance payers and these productivity and social issues. Insurance is based on a risk pool whereby the cost of a premium is based on the cost of treatment, not the ability of the subscriber to return to work. An economic and social cost-benefit analysis must be performed before decisions are made to modify or judge a procedure that provides substantial benefits to the patient. Since its introduction in 1989, continued improvement of techniques will likely progress rapidly so that LAVH will be performed on an outpatient basis for many women, and will result in shorter recovery time.13 thus the increased operating room time of approximately 46 minutes is significantly outweighed by the benefits available with widespread application of this procedure.

What are the types of LAVH ?

What are the Preoperative measures necessary before LAVH ?

What are the port position, patient position and position of surgical team at the time of LAVH ? 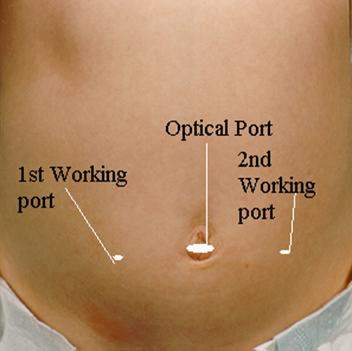 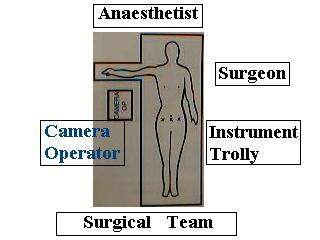 What is the benefit of of LAVH ?

Is every patient fit for LAVH ?

No. Most surgeons would not recommend laparoscopic treatment in those with previous chronic diseases.

Patients with cardiac diseases and COPD should not be considered a good candidate for laparoscopic management. LAVH may also be more difficult in patients who have had previous lower abdominal surgery. The elderly may also be at increased risk for complications with general anaesthesia combined with pneumoperitoneum. Laparoscopy does add to the surgical risk in patients with a lowered cardio-pulmonary reserve with regard to the consequences of the pneumoperitoneum and a longer operative time.

What are the complications of LAVH ?

In experienced hand there is not any specific complication directly related to laparoscopic procedure but if the surgeon is not trained enough in laparoscopy than the chance of following complication is there:

But in experience hand these complications are extremely rare. and altogether laparoscopic procedure has less complication than conventional surgery