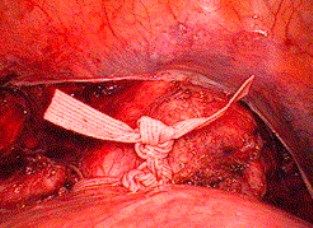 Laparoscopic Cervical Cerclage (tracheoplasty) Surgery is a surgical procedure that corrects a woman’s cervical incompetence. The portion that connects the uterus and the vagina will be sutured. And because the incision will be done at the upper portion of the cervix, this has to be performed through abdominal incision since it cannot be reached through vaginal route. In the olden times, the open transabdominal Cerclage is done just like how it is in a caesarian section. However, with the advent of laparoscopic surgery, the entire surgery is now less invasive.

What are the indications of this type of surgery?

There are 3 reasons why a woman will be recommended to undergo Laparoscopic Cervical Cerclage (tracheoplasty) Surgery. First is one’s history of cervical insufficiency. This is evident by one’s frequent fetal loss and occurrence of premature delivery even without uterine contraction. Another reason is to repair the transvaginal cerclage that was done in one’s previous pregnancy. This is when the woman shows sign of incompetent cervix despite previous procedure done to correct it. The third indication for the operation is the size and shape of one’s cervix. If it come out very irregular and short after a transvaginal cerclage or cone biopsy is done, a laparoscopic cervical cerclage surgery will be recommended. 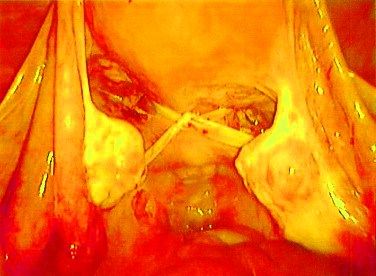 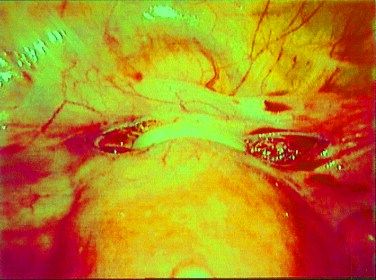 What is the best time to perform the operation?

Though Laparoscopic Cervical Cerclage procedure can be done during the second trimester of pregnancy, the ideal time to do it is when the woman is not yet pregnant. By such time, the uterus is not very vascular. Most importantly, it entails no risk of miscarriage in the absence of a fetus.

How is the procedure done?

4 Incisions are done with at least 1size each. Three of them will be placed on the sides of the abdomen while one will be just below the umbilicus. This is where the camera will be inserted. The other holes will serve as the portal for surgical instruments. With the use of these instruments, the surgeon will cut the spaces that surround the cervix. He will then make a stitch on the upper portion of cervix medial and uterine arteries. Surgeons employ sutures that integrate well with the body. This has lower rate of infection or allergic reactions. This type of suture is commonly used in surgical procedures where implants are left inside the human’s body after the surgery.

What are the outcomes of Laparoscopic Cervical Cerclage (tracheoplasty) Surgery?

Though statistics show good results among patients who have undergone cervical cerclage, this is not enough reason to conclude the favorable effect of this type of surgery. This is because the small number of individuals who sought for this treatment is not enough bases to prove its effectiveness.

How will the patient be sedated during the operation?

As with other types of laparoscopic procedures, patients who undergo Laparoscopic Cervical Cerclage (tracheoplasty) Surgery will be inducted with general anesthesia.

How long will it take for the patient to stay in the hospital?

If Laparoscopic Cervical Cerclage operation is scheduled in the morning, the patient can go home within the day. However, some opt to spend one night in the hospital to ensure safety.

Can I still get pregnant after the Laparoscopic Cervical Cerclage (tracheoplasty) Surgery?

Yes, you are capable of conceiving another child after Laparoscopic Cervical Cerclage (tracheoplasty) Operation. However, there is a likelihood for you to deliver your child in caesarian section.