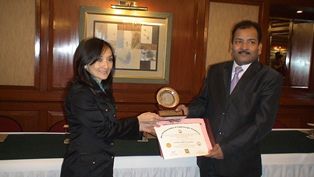 Indonesia  officially  called the Republic of Indonesia, is a country in Southeast Asia and Oceania. Indonesia has 17,508 islands. Indonesia  is the world's fourth most populous country with a population of around 238 million people. Indonesia has the world's largest population of Muslims. Jakarta is the capital city of Indonesia. The  neighboring countries of  Indonesia are Singapore, Philippines, Australia, and the Indian territory of the Andaman and Nicobar Islands. Across its many islands, Indonesia consists of distinct ethnic, linguistic, and religious groups. The Javanese are the largest and the politically dominant ethnic group. Despite its large population and densely populated regions, Indonesia has vast areas of wilderness that support the world's second highest level of biodiversity. The country is rich with natural resources. On 19 - 21 Nov, Laparoscopy In Gynaecology Workshop (Persatrian Obstetri dan Ginekologi Indonesia {POGI}, Cabang Malang), was conducted.