What is ectopic Pregnancy?

What this means is the egg will not develop into a baby, which can be devastating towards the pregnant woman. 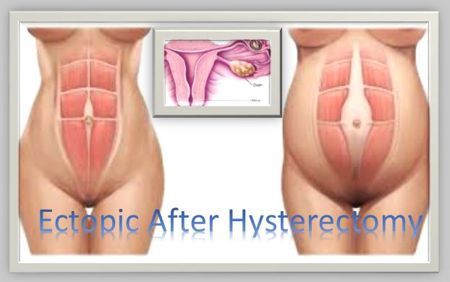 Abdominal pain, typically just in one side, which could vary from mild to severe.

If an ectopic pregnancy is detected in an early stage, a medicine called methotrexate is sometimes needed to stop the egg developing. In many cases mrthotrexate work very nicely, specially in early cases. The pregnancy tissue is then absorbed into the woman’s body.

Ectopic pregnancies detected in a more advanced stage will require surgery to remove the trophoblast and sometime the entire tube. A tubal pregnancy - the most typical kind of ectopic pregnancy - happens when a fertilized egg gets stuck coming to the uterus, often because the fallopian tube is inflamed, damaged or misshapen. Hormonal imbalances or abnormal fetal development might also play a role. Sometimes, the specific reason for an ectopic pregnancy remains a mystery.

If an ectopic pregnancy is left to develop, there's a risk the fertilized egg could keep growing and cause the fallopian tube to rupture, which can cause life-threatening internal bleeding.

Signs of a ruptured fallopian tube are:

A ruptured fallopian tube is a medical emergency.

Inside a normal pregnancy an egg is fertilised by sperm within the fallopian tubes, which connect the ovaries to the womb. The fertilised egg then moves in to the womb and implants itself into the womb lining (endometrium), where it grows and develops.

An ectopic pregnancy is the place a fertilised egg implants itself away from womb. It most often occurs in a fallopian tube (this is what's called a tubal pregnancy), usually as the result of damage to the fallopian tube or even the tube not working properly.

What is the incidence and what are the causes of ectopic pregnancy?

Less commonly as in around 2 in 100 cases, an ectopic pregnancy can happen in an ovary, within the abdominal space or perhaps in the cervix. As much as approximately 20 in each and every 1,000 pregnancies are ectopic. Various factors are related to ectopic pregnancy, including:

What is the treatment of ectopic pregnancy?

If the ectopic pregnancy is detected early, a shot from the drug methotrexate is sometimes accustomed to stop cell growth and dissolve existing cells. Following the injection, physician will monitor blood of the patient for the pregnancy hormone human chorionic gonadotropin (HCG). If the HCG level remains high, patient will need another injection of methotrexate.

In other cases, ectopic pregnancy is treated with laparoscopic surgery. In this procedure, a small incision is made in the abdomen, near or perhaps in or around the navel. Then laparoscopic surgeon uses a thin tube equipped with a camera lens and lightweight laparoscope to view the area or ectopic pregnancy. Other instruments like harmonic, ligasure, scissors, grasper etc. could be inserted in to the abdomen through other small incisions to remove the ectopic tissue and repair the fallopian tube. If the fallopian tube is really a lot damaged, it could have to be removed which is called salpingectomy.