• Honorary Fellow, Royal College of Physicians and Surgeons of Glasgow (2019)

• Election to the Royal College of Surgeons of England (2008) 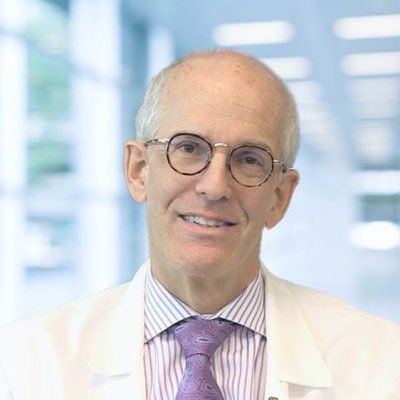 Steven D. Wexner, M.D., Ph.D. (Honorary) FACS, FRCS, FRCS (Ed), is Director of the Digestive Disease Center at Cleveland Clinic Florida and Chairman of the Department of Colorectal Surgery. He is one of the faculty of courses of World Laparoscopy Hospital and delivering his lectures during courses at India, Dubai and USA. He previously served as Chief Academic Officer (2007-2012), Chief of Staff (1997-2007), and Chairman of the Division of Research and Education (1996-2007) at Cleveland Clinic Florida. Further, Dr. Wexner's work has resulted in the establishment of the double-stapling technique as the gold standard in J-Pouches, which prevent the patient from needing a permanent ileostomy. He has been instrumental in the adoption of the ileal J-Pouch for patients with ulcerative colitis or familial adenomatous polyposis, and the colonic J-Pouch for patients with rectal cancer. More recently, Dr. Wexner spearheaded the establishment of the American College of Surgeons Commission on Cancer National Accreditation Program for Rectal Cancer (NAPRC), which began accepting applications in June 2017. The NAPRC is the culmination of a seven year campaign, led by Dr. Wexner, to standardize and globalize the practice of colorectal surgery through international collaboration and advocacy. This approach began in 1988, long before global collaboration between physicians and researchers became common.

• Honorary Fellow, Royal College of Physicians and Surgeons of Glasgow (2019)

• Election to the Royal College of Surgeons of England (2008)

181 Patient Satisfaction Reviews The Patient Satisfaction Rating is an average of all responses to the care provider related questions shown below from our nationally-recognized Press Ganey Patient Satisfaction Survey. Patients that are treated in outpatient or hospital environments may receive different surveys, and the volume of responses will vary by question. Responses are measured on a scale of 1 to 5 with 5 being the best score. The comments are submitted by patients and reflect their views and opinions. The comments are not endorsed by and do not necessarily reflect the views of Cleveland Clinic.